Suggestions for Surviving the Arts Drought:
1)  Assume a performance has been cancelled - double-check before leaving home.
2) Your favorite artists and arts organizations are hurting, so consider regular contributions.
3) We will get through this together - use this gap to plan ahead for better times.
4) Presenters: Our blog exists for you, so if you have info to share, send to cvnc1@cvnc.org.
5) Read our coping articles-in-lieu-of-reviews for helpful hints while under stay-at-home orders.

MAKE A DIFFERENCE IN CULTURAL JOURNALISM: See SUPPORT CVNC.org for ways you can help. 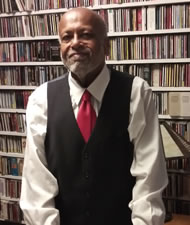 Persichetti-Lincoln-Nixon – a Study in Inaugural Politics

In 1972, Richard Nixon was re-elected as President of the United States. As part of the second inaugural festivities, it was decided to feature an orchestral concert. Nixon himself chose for the occasion his favorite orchestra and conductor: the Philadelphia Orchestra and their Music Director, Eugene Ormandy. Nixon also chose two of the major selections: Tchaikovsky's 1812 Overture and Grieg's Piano Concerto, with Van Cliburn. The concert was to be held at the newly-built Kennedy Center in Washington, D.C. A committee was formed by Nixon supporters to help with the details. It's not known who, but someone got the brilliant idea of commissioning an American composer to supply the concert with a world premiere of a new work. The committee then approached Vincent Persichetti to write the work. He was then 57 years old, taught at The Juilliard School, and was one of the best known American composers.   Read on . . .

Carolina Pro Musica: The Flowering of the English Baroque

AFTER – the Performance: The Raleigh Symphony Reinvents the 2021 Concert Experience with "Winter Reverie Sessions" (Hear these THRU 3/17)

BEFORE – the Preparation: Pandemic Rehearsal and Recording Log – Notes from Life in Raleigh Symphony Orchestra