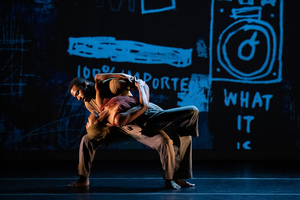 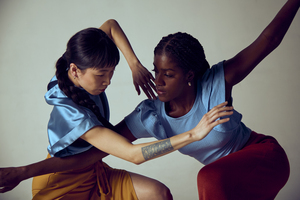 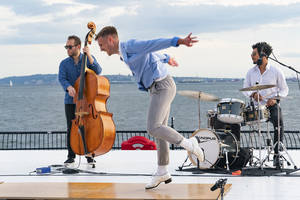 This preview has been provided by American Dance Festival.

ADF brings the best of modern dance to the Triangle for its 89th season!

The American Dance Festival (ADF) is thrilled to announce the full schedule for its 89th season. The season includes performances by both emerging and established companies, highlighting the breadth and excellence of modern dance.

ADF performances will be in multiple venues across Durham June 3 - July 20 and will return to Raleigh and the Joseph M. Bryan Jr. Theater in the Museum Park September 8 - 11 as ADF presents a series of outdoor performances in association with the North Carolina Museum of Art.

“ADF is coming back strong with our first full season in three years. We couldn’t be more excited to welcome audiences back with over 25 dance companies performing both indoors and outdoors in 2022,” said Executive Director Jodee Nimerichter.

“Over the past two years, ADF has provided dancers, choreographers, and companies with much-needed opportunities to perform virtually, in site-specific locations, and outdoors. We could not have found these amazing stages and connected these artists to audiences without the steadfast support of the community, and we can’t wait to bring everyone together again safely to be immersed in a full season of live performances,” Nimerichter continued.

ADF will present the 2022 Samuel H. Scripps/American Dance Festival Award for lifetime achievement to acclaimed choreographer and visual artist Shen Wei. Shen Wei, whose company is celebrating its 22nd year since its founding at ADF, will be in residence this summer as a part of the Footprints program, where he will set a new ADF-commissioned work on students. The award will be presented at the Footprints program on July 16.

ADF 2022 will honor longtime supporter Giorgios Bakatsias, a visionary North Carolina restaurateur, with a dedication ceremony before the performance from Rennie Harris Puremovement on June 17. Also, ADF Fête, a season-opening celebration honoring Bakatsias, will be held at one of his restaurants, Parizade, following the performance.

The 2022 Balasaraswati/Joy Anne Dewey Beinecke Endowed Chair for Distinguished Teaching will be awarded posthumously to noted author and scholar of cultural studies Dr. Kariamu Welsh in a ceremony on June 19.

ADF fan-favorite Pilobolus (June 24 - 25) returns with an ADF-commissioned world premiere, and Monica Bill Barnes & Company (July 9-10) is back with The Running Show, documenting the life of a dancer through movement, interviews, and stories. The show features a large cast of local performers and ADF students.

Following a crowd-pleasing fall 2021 performance, A.I.M by Kyle Abraham (June 28 - 29) is back for their fourth year with the ADF-commissioned An Untitled Love, an evening-length work that celebrates culture, family, and community.

Also returning is Sara Juli (July 12 - 15) with her one-woman show Burnt-Out Wife, a solo that takes on topics such as intimacy, loneliness, monogamy, and other marital taboos. Janis Brenner (July 12 - 15) will explore the myriad ways a daughter “became” her late parents in Inheritance: A Litany.

Ranee Ramaswamy and Aparna Ramaswamy’s South Indian Bharatanatyam ensemble Ragamala (July 6 - 7) last performed at ADF in 2012 and will return 10 years later with their latest evening-length piece and ADF commission, Fires of Varanasi: Dance of the Eternal Pilgrim. Israel’s highly regarded Vertigo Dance Company (July 19 - 20) will also perform One, One & One.

Building on the success from last fall’s series at the NCMA, ADF will present a wide spectrum of dance styles from September 8-11 outdoors at the North Carolina Museum of Art’s Joseph M. Bryan Jr. Amphitheater. Micaela Taylor’s The TL Collective will make their ADF debut, while Limón Dance Company will present an ADF commission by ADF alumni Chafin Seymour. PHILADANCO!, an explosive company from Philadelphia, is sure to get audiences moving, and Chapel Hill native Luke Hickey will bring an exciting evening of tap dancing and live music.

Single tickets go on sale Tuesday, April 26th, and prices range from $15 to $60 with many special offers and discounts available. Tickets can be purchased through the ADF website at americandancefestival.org.

More detailed information about ticket prices and performing companies, including photos, videos, and press reviews, is also available here on the ADF website.