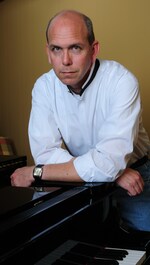 David Heid is a fine piano collaborator, teacher, and scholar. He is also a champion of underrepresented composers and performers. His recent recital recording, Classy Ladies, features compositions by composers working during the first half of the twentieth century: Florence Price (1887-1953), Henriëtte Bosmans (1895-1952), and Margaret Bonds (1913-1953). All three rose above the effects of racism and sexism to make their marks through sheer determination. The pieces on this short but lovely recording are a keepsake of these composers' important contributions to classical music.

Interestingly, all of the women represented on this program began their music studies with their mothers. As music teachers, these mothers knew the importance of early learning; they recognized the value of education, but must have also intuitively felt that a musical identity would serve their daughters well. Only later in the century would both of these instincts be examined by neurobiologists and social scientists. Price, Bosmans, and Bonds were not only resilient, they were wired for their paths in life.

But what happened to their music after they died? Their biographies were missing from our music history books and their manuscripts were not readily available. More recently, Women's History and Black History classes, civil rights struggles, and fights for equality paved the way for music scholarship that included more than stories of old white men.

Determined to do his part in rectifying this injustice, Heid was already on the lookout when he received from Eliran Avni a manuscript penned by Bosmans. His first reading lit the fire and he soon put together a program of music. It would include a piece he loved ("Valley of the Bones") and a lighter, perhaps whimsical piece for the middle: "Whim Wham" (1949) by Price would be perfect.

Bosman's "Fantasiestück" (1914) is written in the German-Romantic style, a piece to love. It is skillfully written, but perhaps not ground-breaking. Heid's performance is elegant and expressive. Bond's "Valley of the Bones" (from Spiritual Suite ed. Louise Toppin ©2020) is clearly music that breaks away from the European tradition. With melodies inspired by African-American spirituals, Bond's musical language is rich and forward-looking. Familiar with this piece, Heid plays it with great heart and depth of understanding. "Whim Wham" is a colorful, ragtime-inflected little gem that spoke to me about joy. The boogie in the middle section made me get up and dance.

Florence Price's music has recently become more readily available after a trove of her compositions was discovered in 2009. Dr. Michael J. Cooper (Southwestern University), editor of her collected works (New York: G. Schirmer), has written biographical details, and many notable artists have been busy concertizing and recording them. (Josh Tatsuo Cullen has just put out a new recording as well.) Meanwhile, interdisciplinary scholars have made their work public. Great Performances: Now Hear This: "Florence Price and the American Migration" aired on PBS in April 2022.

This is a wonderful project brought to us by our own local passionate scholar and artist. His performance is excellent. I asked Mr. Heid if he had plans for more – a CD recording, perhaps, or a public performance. This year's concert season is already packed, but the answer is yet to be determined. Stay tuned!