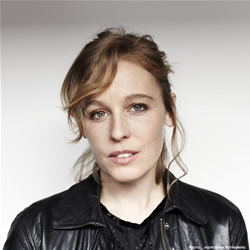 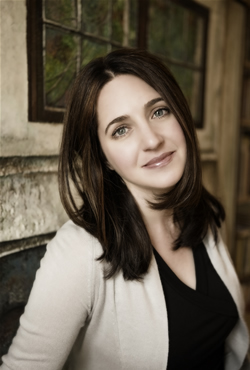 This Preview has been provided by Duke Performances.†


January 4, 2011, Durham, NC – North Carolina-raised and Grammy-nominated singer/songwriter Tift Merritt and acclaimed classical pianist Simone Dinnerstein collaborated to create Night, a suite of songs exploring and dedicated to the hours from dusk to dawn. Hosted by Duke Performances, Merritt and Dinnerstein present the world premiere of Night on Friday and Saturday, January 21 and 22, at 8 pm in Reynolds Industries Theater.

Though Simone Dinnerstein — a classical pianist — and Tift Merritt — a singer songwriter whose father taught her to play by ear — could not come from more different musical backgrounds, when the two met they immediately realized that their passion for music and performance was kindred, if not the same. Night features a set of new songs written especially for the duo by artists including Brad Mehldau, Patty Griffin, and Philip Lasser. Jenny Scheinman, whose previous collaborators include Bill Frissell, David Byrne, and Madeleine Peyroux, has contributed arrangements of some of Merritt and Dinnerstein's favorite songs. Both artists will perform solo as well — Tift in her own songs, and Simone in some of her favorite selections from the solo classical piano repertoire.

The project came to the attention of Duke Performances because of the long-standing relationship the two artists have with the organization. As a result, Duke Performances arranged to co-commission the work and host the world premiere.

In addition to the concerts, Merritt and Dinnerstein will be in residence at Duke University for a variety of artists-in-residency activities; the pair will participate in public conversations, a listening session, and offer masterclasses in their respective specialties. Merritt and Dinnerstein will also hold their final rehearsals for the world premiere at Duke in the days leading up to the concert. Full and up-to-date information on residency activities is available at www.dukeperformances.org.

Following the world premiere at Duke, Merritt and Dinnerstein will perform Night as part of Florida State University's 11th Seven Nights Festival and at Yoshi's San Francisco Jazz Club and the Mondavi Center at the University of California – Davis.

Grammy-nominated singer/songwriter Tift Merritt is a North Carolina native. With her longtime backing band, she has built a unique and critically acclaimed body of work of sonic short stories and poignant performances. The Wall Street Journal reports that she has a "sound that weaves through country, folk and rock . . .working in the tradition of Joni Mitchell, James Taylor and Leonard Cohen." Of her latest album, 2010's See You on the Moon (Fantasy), Paste magazine raves, "The singer fully inhabits the characters in her songs, whether assuming the role of her grandfather in 'Feel Of The World' or wringing out every weary note in the pleading 'All the Reasons We Don't Have to Fight.'"

Simone Dinnerstein — whose first album since being signed by Sony Classical, Bach: A Strange Beauty, will be released on January 18, 2011 — has been called "the pianists' pianist of Generation X" by The New Yorker and praised by TIME for her "arresting freshness and subtlety." The New York-based pianist gained an international following because of the remarkable success of her recording of Bach's Goldberg Variations, which she raised the funds to record. Released in 2007 on Telarc, it ranked No. 1 on the US Billboard Classical Chart in its first week of sales and was named to many "Best of 2007" lists including those of the New York Times, the Los Angeles Times, and The New Yorker. Her follow-up album, The Berlin Concert, also gained the No. 1 spot on the Chart.