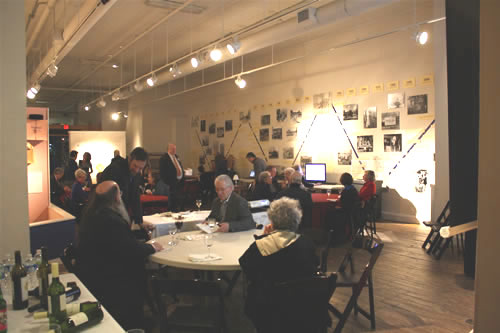 Guests gathered at Raleigh City Museum to celebrate the launch of the new CVNC.org website.


Guests visit between performances at the launch party 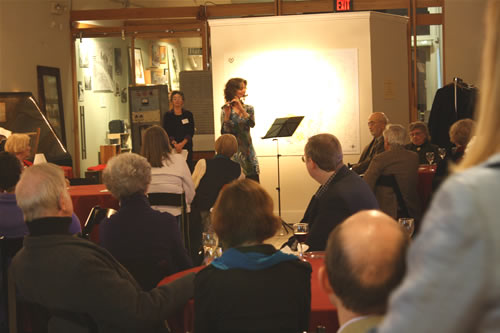 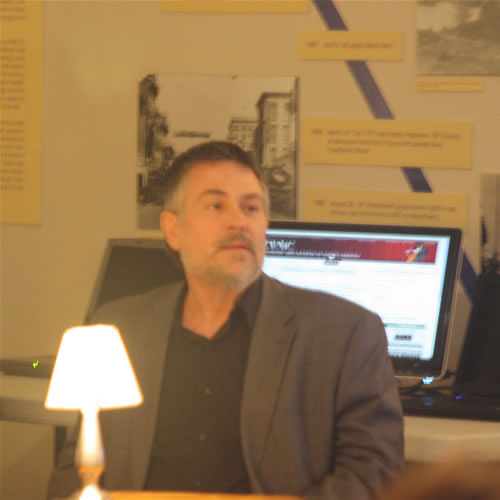 On Thursday evening, at the Raleigh City Museum, in the historic Briggs Building, patrons, friends, directors, writers, and staff of CVNC, the state's non-profit performing arts web journal, gathered to celebrate the launch of the organization's upgraded website. The enhancements, planned for over two years, significantly increase CVNC's events listing capabilities, allow the use of more illustrations, and facilitate improved communication with readers. At the party, CVNC announced plans to begin including visual arts events later this year, starting with announcements of exhibition openings.

Among the attendees were Nancy Trovillion and Andrea Lawson of the NC Arts Council, Eleanor Oakley of United Arts of Raleigh and Wake County, Tom Ward, acting Executive Director of the Raleigh City Museum (and a CVNC board member), and representatives of UNC Greensboro's School of Music, Theatre, and Dance; Wake Forest University's Secrest Artist Series; and the Cherry Hill Historical Foundation, which presents concerts in Inez. There were performances by Eric Hale, George Jack, and Jerome Davis, of Burning Coal Theatre Company, and by flutist Kate Steinbeck of Pan Harmonia (a project of Keowee Chamber Music), from Asheville.

The hosts included CVNC Chair Anna Ludwig Wilson and Angela Santucci, Jennifer Spiker, and Eric Hale; among the coordinators of the event were Naomi Lambert and Rosie Benzonelli.

CVNC, the online performing arts journal, based in central North Carolina, exists to serve those who share the belief that the performing arts are an integral part of life that cannot thrive unless the community knows what is available and what effect the performances have. CVNC is modeled on San Francisco Classical Voice, the first large-scale non-profit platform of its kind in America. CVNC's example has in turn inspired other non-profit approaches to the dilemma arts enthusiasts face as more and more commercial papers curtail or eliminate their coverage of the fine arts.