PlayMakers Repertory Company is currently producing Shakespeare's Henry IV (seen 2/11) and Henry V (2/12) in rotating repertory in Chapel Hill. The series is called "The Making of the King" as the stories follow young Prince Hal, played by Shawn Fagan, on his path to becoming King Henry V of England. The lovable Falstaff is played by Michael Winters. Since Falstaff does not continue into Henry V, Winters becomes the Chorus, who leads the audience through the story, and some other characters, too. As the comic relief of Henry IV, Falstaff aids the audience through the humor and hardships that Prince Hal and his comrades encounter as they battle against the rebellion of the Scots and Welsh. Finally, after the rebellion is controlled and Hal becomes king, we see a turn for the worse in the young ruler. Henry V opens with the new king wielding his power in every direction. After feeling insulted by the Dauphin of France, Henry V declares war on France for some disputed territory and ultimately for total conquest. King Henry V operates almost like a tyrant as he ruthlessly seeks power and domination. This is a very different person than in Henry IV. The young Prince Hal with whom we fell in love is now murdering people in front of us. At one point, I literally gasped as Henry V wrapped a rope around a prisoner's neck. Ultimately, after battles and victories, England rises over France. With the bargaining beginning, Henry V chooses French Princess Kate as his wife. The initially-resistant princess is won over by Henry's boyish charm and fumbling nature as he attempts to gain her heart and profess his love. The audience once again cares for him as we watch Prince Hal live again in this young king.

Besides the humor and talent in Henry IV, the main reason to see the production is to observe the full transformation of the charming Prince Hal to the wicked King Henry V. Without having seen Henry IV, the king that Hal becomes in Henry V would have been even more detestable. However, knowing that the ugliness wasn't always there gives us hope that his kindness will return one day. There's a cathartic moment in the final scene with King Henry as he asks for Princess Kate's hand because we are able finally to see his good nature return.

PlayMakers combined Henry IV Part I and Henry IV Part II into a complete Henry IV which totaled to a three hour performance including two ten minute intermissions. It was exhaustibly long, and it made me not want to return for Henry V. However, once Henry V began, I was able to see many of the same talented actors and I was able better to appreciate the change of Hal from Prince to King. Furthermore, Henry V is only two hours long with one fifteen minute intermission, and it feels much shorter because the action of the play is so intense. Overall, the story of Henry V is more entertaining. If you choose to see these shows in repertory I do have some suggestions: you must see Henry IV before Henry V, otherwise there is no point to go backwards; if you see Henry IV and leave dreading the thought of seeing Henry V because of the length, know that it is entirely worth it; and, if you can only see one of the shows, see Henry V.

I often hear criticism that my generation of young adults simply can't appreciate the length of a long show – whether that criticism is true or not, it is not the case in this scenario. Henry IV just feels like a lot of build up for Henry V. I'm not saying it was not enjoyable, because the acting, the design, set by Jan Chambers, lighting by Jennifer Tipton, costumes by Jennifer Caprio, and music by Mark Lewis, and the direction, by Mike Donahue and Joseph Haj, were all superb; I'm only saying that you should go in with a lot of stamina and a lot of love for Shakespeare. Overall, they are both beautiful shows and very well done.

Henry IV and Henry V continue until March 4. See the sidebar for details. 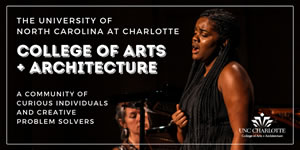