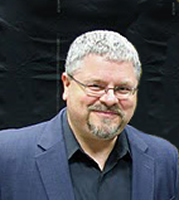 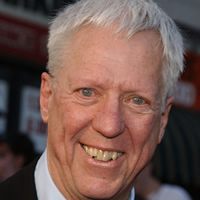 This preview has been provided by Mallarmé Chamber Players.

The Mallarmé Chamber Players present a concert of art songs by Raleigh composer, Dr. J. Mark Scearce. These songs are all based on art or poetry including a world première of a song cycle based on “The Really Short Poems” of the North Carolina native poet A.R. Ammons. The concert, on Saturday, October 27, at 8 pm, will feature David Hartman, eleven-year host of GOOD MORNING AMERICA, as narrator reciting Ammons’s poetry in advance of the work set to music.

Dr. Scearce is the recipient of five advanced degrees in music, philosophy and religion, including a Doctorate in Composition from Indiana University. Scearce has won six international music competitions, and his music has been recorded on seven commercial discs on the Delos, Warner Bros., Capstone, Centaur, Albany and Equilibrium labels and on a Sony four-channel SACD available online at frystreetquartet.com. In addition to his duties as Director of the Music Department at North Carolina State University, Scearce is a full-tenured professor in the College of Design.

Fresh back from a six-month sabbatical with a brand-new Mass and Symphony to his credit, Scearce is thrilled that some of his vocal music will be featured in an all-Scearce evening produced by Mallarmé. Scearce says of the program, “Words make you think. Music makes you feel. A song makes you feel a thought. All composers reveal the most about themselves in their songs. I am grateful to my friends at Mallarmé for presenting this evening of songs and singing, of feelings and thoughts, personal and profound and often funny.”

Singers Karyn Friedman, Leda Scearce, and Scott MacLeod will be joined by pianist David Heid in music inspired by the paintings of Edward Hopper, the poetry of Walt Whitman, and the première of the complete thirty-five-song setting of the poetry of NC native poet A.R. Ammons, which Scearce completed while in Hawaii but which has remained unheard in its entirety until this concert. David Hartman will recite these poems before they are sung. A new set of four Keats settings for soprano and harp — two of which were previewed last season to great acclaim on a Duke faculty recital in a performance by his wife Leda, for whom they were written — will also be premiered in full with harpist Jacquelyn Bartlett.

Individual tickets for the concert are available throughout the season by either calling the Mallarmé office at 919/560-2788 or by ordering online at www.mallarmemusic.org/concerts.html. In addition, there are four area retail outlets for tickets (cash or check only): High Strung Violins & Guitars and Morgan Imports in Durham, Flyleaf Books in Chapel Hill and Quail Ridge Books & Music in Raleigh. Full details for ordering tickets can be found on Mallarmé Chamber Players’ website: www.mallarmemusic.org.

The Mallarmé Chamber Players are a flexible ensemble of professional musicians based in Durham, North Carolina, whose mission is to enrich the lives of their community through outstanding chamber music. The ensemble distinguishes itself by its innovative educational programs, its commitment to creative collaboration with other organizations, its creation of significant new work and its dedication to serve a diverse population.

Mallarmé annually presents a series of five concerts that features great, diverse, and multidisciplinary chamber music. Mallarmé performs everything from Bach with period instruments to brand new works. In this past year alone, Mallarmé has presented two world premières by composers Gwyneth Walker and Katrina Wreede. In 2010, Mallarmé released a CD on Albany/Videmus records of chamber music by African American composers to great acclaim.

Mallarmé is a nonprofit, tax-exempt, 501(c)(3) organization. The 2012-13 concert season is made possible in part by grants from the Durham Arts Council’s Annual Fund, The North Carolina Arts Council and the Mary Duke Biddle Foundation.