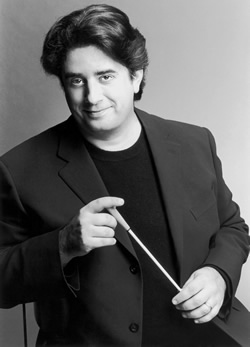 While Black Friday is likely to conjure up anxiety and images of twisters (and people acting like lions and tigers and bears at department stores), the North Carolina Symphony provided a nice escape in its screening of MGM’s The Wizard of Oz, accompanied by a full film score. Ever since its premiere in 1939, this popular film has been captivating audiences with L. Frank Baum’s classic tale of adventure and the value of family. The Symphony occupied its normal home of Meymandi Concert Hall in downtown Raleigh; the movie was projected on a large screen above the stage.

Playing everything from hit songs to ambient music that set the mood, the Symphony provided all of the original music from the movie, composed by Harold Arlen (lyrics by E.Y. Harburg). This was a unique presentation of the film because the Symphony played all the music while the original voice tracks and sound effects were played over them. There were only a few times when the music was louder than the voices or the movie sound effects drowned out the music, but toning down the volume of a wild tornado might be expected to be difficult!

Guest conductor Constantine Kitsopoulos, music director of the Queens Symphony Orchestra and general director of Chatham Opera, which he founded in 2005, did a great job of both following the pace of the film above him and allowing the orchestra to stretch and add its own interpretation in some places. Because of the structure of the film, switching from musical numbers to traditional film score at a moment’s notice, there were moments where Kitsopoulos had to react quickly and sometimes catch up to the film. One song in particular that provided many of these challenges was “Munchkinland Medley,” which contains multiple songs: “Come Out, Come Out, Wherever You Are,” “The House Began To Pitch,” “As Mayor of the Munchkin City,” “As Coroner, I Must Aver,” “Ding Dong The Witch is Dead,” “Lullaby League,” “Lollipop Guild” and “We Welcome You to Munchkinland.” Because so many short fragments of songs come up within such a short span of time, and in between recitative-like dialogue and sound-effect-packed action sequences, the film got a little ahead of the music, but only for a split second before Kitsopoulos got them back on track.

Another issue that occurred – but only once or twice – was musical error in the voice tracks that clashed with the music. During “The Merry Old Land of Oz” while the heroes are being washed up and readied to see the wizard, the women working on Dorothy got very off-key because of the lack of editing that would have been done in the sound room after the recorded music was added to the film. Luckily these moments did not last long – and were not the orchestra’s fault.

Hearing the music live was a matchless experience; the Symphony played with such clarity that all the nuances of the score could be heard and appreciated, from the famous piccolo solos during “If I Only Had a Brain,” to the ambient flexatone sounds during the scenes in the haunted forest. It was great to be able to hear all the elaborate orchestration that Arlen originally wrote but wasn’t always clearly heard in the 1939 recordings. Different parts of tunes moved seamlessly into different instrument families to capture all the various timbres, word painting, and emotional effects, and each instrument was featured in some way at least once. From the trombones that used glissandi to illustrate the scarecrow falling down to the vibraphone that provided spacey effects when Dorothy is finally transported home, each note was composed with great purpose that adds so much complexity that is not always appreciated in this movie.

However, this time it seemed like the movie made a great impression on the audience. There were audible reactions at key moments, from laughter at the Cowardly Lion, to murmurs of appreciation during “Somewhere Over the Rainbow,” to even a “Bravo!” when Dorothy melted the Wicked Witch of the West. This concert gave families visiting for Thanksgiving a nice way to experience Raleigh, attracted children who had never seen the movie before, and gave old fans a chance to see the movie and cherish its music while still always remembering that “there’s no place like home.”