An Evening of Russian Romantics at Summerfest 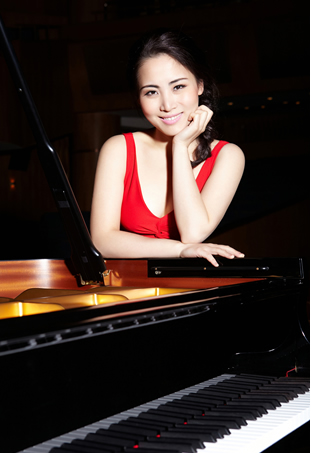 A mild June evening in the Park, the North Carolina Symphony under the baton of the affable William Henry Curry and a repertoire of romantic Russian composers all adds up to a most pleasant evening of families and friends gathered at the current Summerfest outing at the Koka Booth Amphitheatre in Cary

Maestro Curry is the Summerfest Artistic Director and for this series of eight concerts he put together programs of music from the movies to Broadway, from pops to serious classics as well as some of the joyful and rambunctious outdoor chestnuts that seem so right performed under twilight with a bright half-moon overhead.

The opener tonight was Mikhail Glinka’s Overture to Ruslan and Ludmila. Glinka is often referred to as the father of Russian opera. He set a tone of passionate story-telling infused with Russian melodies and the nationalistic spirit of his great country. This style was picked up by Borodin, Mussorgsky, Rimsky-Korsakov and others and has provided hours of adventurous entertainment. Glinka’s Overture sparkled with singing strings and dancing woodwinds and brass pressed onward by driving percussion.

The lilting Waltz from The Sleeping Beauty by Piotr Ilyich Tchaikovsky filled the air with rapturous romantic melodies while the audience sipped on their chosen beverage, nibbled on the last bite of their picnic supper, or simply listened reflectively. Children read, played quiet games on a blanket spread on the pine straw or listened, transfixed by the amazing sound of a live symphony orchestra projected from the stage.

Special guest artist, Di Wu, brilliant Chinese-American pianist, performed Rhapsody on a Theme of Paganini, Op. 43 of Sergei Rachmaninoff. She played with “fire and authority,” demonstrating “charisma, steely technique and keen musical intelligence” – which is what the critics have been saying about her. Rachmaninoff represents the pinnacle of the romantic era with his unmatched skill for developing long sweeping melodies and rich harmonic textures. It was not hard to see why this work is such a rewarding concert favorite.

By the end of the intermission, the sun had fully set and the half-moon called attention to itself in the fading afterglow of the evening. Curry and the orchestra returned to the stage for two works by the amazingly productive Tchaikovsky. In one of the charms of the Summerfest series, the maestro provided his patented CliffsNotes synopsis of the story of Francesca de Rimini with musical theme illustrations provided by the orchestra. Then he turned to the orchestra and led them in a stunningly dramatic performance of the tragic romance. Tchaikovsky’s skillfully constructed and powerfully played music turned up the intensity of the story.

While vacationing in Rome during carnival season, Tchaikovsky was prematurely awakened each morning by a bugle call at a nearby army barracks. He employed this bugle call and tunes from the carnival in his brilliant Capriccio Italien, Op. 45. The work moves from section to section with clever percussive rhythmic changes and provides a driving and passionate remembrance of his Italian vacation that has pleased many an audience in many a different setting for over 130 years now.

Responding to the vigorous applause of the audience, Curry led the orchestra in a spritely performance of the Trepak (Russian Dance) from The Nutcracker Suite. What a nice way to say good night to such a pleasant evening. There are four more Summerfest concerts coming up. Enjoy.