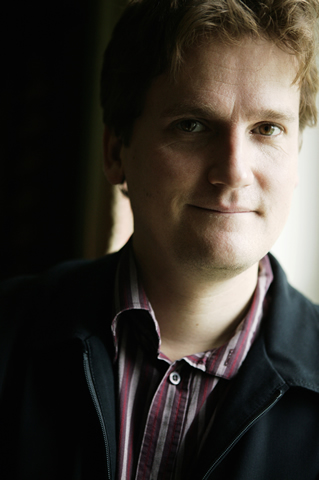 It's turned cold in central NC, so the weather is perfect for music from the frozen North; and who better represents that than Jean Sibelius (1865-1957), the composer whose early symphonies and tone poems were once as wildly popular as Tchaikovsky's orchestral music and ballets? The Finnish master's dates make him, in effect, a contemporary composer, but he was basically through writing before the Great Depression gripped the world – and before his own depression gripped him, personally, as Alex Ross addresses in The Rest Is Noise. There's no evidence of that in the 1895-1900 and 1907 works William Henry Curry selected for this season's fourth Classical Series program by the North Carolina Symphony, the first presentation of which was given in Meymandi Concert Hall on a brisk Friday evening.

The all-Sibelius first half began with "Lemminkäinen's Return," the fourth part of the Lemminkäinen Suite, also known as Four Legends (of the Kalavala), Op. 22, the penultimate section of which is the even better-known "Swan of Tuonela" (which will be heard in NCS concerts planned for next week, for details of which, see below). These tone poems are among the great gems from Sibelius, so lovely the entire suite merits playing from time to time (but is almost never heard "live" anymore). Curry and the orchestra crawled deep inside this music, starting with its quite electrifying first measures. This intensely nationalistic music is however generally subtle and restrained fare, telling the tale of the homecoming of a "warrior-hero." The radiance of the music was matched by the beauty of the playing, clearly defined, immaculately polished, beautifully balanced, and, on this occasion, warmly received.

Sibelius' Symphony No. 3, in C, Op. 52, has never captured the public's imagination to the extent of the more rough-hewn First or the more noble Second. Granted, the Third requires listener-engagement, for it's not music that produces salutary effects simply when washing over its hearers. It is in three movements and it's relatively short, but there are passages rendered at low volumes that involve considerable slow development. It's probably a good idea to sit on the edge of a padded seat in the hall, rather than sitting back, in order to savor this work's considerable if generally soft-spoken charms and delights. There is some angularity that will not jolt fans of "Finlandia," say, or even the aggressive start of the Fist Symphony. And it's far more accessible at first hearing than the austere and sometimes forbidding Fourth, championed by Maestro Curry in concerts in early 2010. The conductor's passion for this composer was evident throughout, and the superior musicians of the orchestra consistently delivered for him, making this a memorable moment among this season's offerings, for sure. The strings seemed particularly rich and radiant, and the essential contributions of the winds and brass and percussion fit seamlessly into the overall sonic mix.

Part two featured Brahms' Piano Concerto No. 1 and Finnish guest soloist Olli Mustonen, whose artistry (on recordings) has for nearly 20 years entranced this listener – and whose compositional skills will also be on display, locally, next week. The concerto is one of Brahms' earliest large-scale works, its completion falling chronologically between the two serenades for orchestra. The first movement has a big, bold, and dramatic opening, and throughout its expansive course the concerto reveals many delights, not least of which is its composer's keen interest in music of the past and in the art and craft of composition in general. It is therefore hard for contemporary listeners to fathom the reception it received at its premiere, when it was, according to pre-concert lecturer Jonathan Kramer, of the NCSU Music Department, hissed. He wondered aloud why people back then didn't hear in music what we hear now, and this surely led to some serious reflection during the performance, in the hall. It's context, of course, for we know now what was still to come from Brahms' pen; and it's familiarity, too, for we know the work, and can hum along with large passages of it, which the first hearers could not do. Imagine that: for those folks, it was contemporary music – new music! No wonder there was some resistance!

Curry set the opening as an essay in high drama and allowed the score's reflective passages to make their many beauties manifest in leisurely ways. Mustonen, trained as a harpsichordist and a pianist, proved a curious soloist, one given to percussive outbursts as opposed to the sort of lyrical reflection one would have thought more in keeping with the conductor's approach. The soloist's mannerisms – particularly his habit of throwing his hands up above his head when there were ample rests at the ends of keyboard phrases – were at first amusing but ultimately off-putting: it's better not to watch him for long periods of time. And there's plenty going on in the orchestra to occupy observant listeners, for Brahms was to become a master, and there are many hints in this score of greater things to come.

The repeat should draw a good crowd, for the playing is exceptional throughout, even if the combination of Sibelius and Brahms, which looks so good on paper, misfires slightly, since the music is, generally speaking, dark and somber and introspective. Be sure to have an extra cup of coffee, for some will find it a long sit, although at the Friday concert, the end of the Brahms was nonetheless greeted with a standing ovation.

This program will be repeated on Saturday, November 9, in the same venue. For details, see the sidebar.

Next weekend the NCS takes parts of this program on the road, to Southern Pines, Wilmington, and Chapel Hill, and with a return to Raleigh for a mid-day "Friday Favorites" presentation between the first two. These concerts will be under the direction of the orchestra's music director and will include the Brahms concerto (just the first movement in the noontime program) but with a short work by the pianist and Sibelius' famous "Swan of Tuonela" substituted for the symphony. For details of these, click on the city names shown above.