Classical music can inspire us in many ways: the orchestral majesty of a Mahler symphony, the colorful impressions of a Debussy or Ravel string quartet, the Baroque vigor of a Bach cantata or solo violin or 'cello suite, the incantations of a Wagner Ring opera, the intimate communication of a vocal soloist with a sensitive pianist, or a French toccata played on a grand pipe organ, among others. Before any of these existed, however, the human voice made the first music and has continued to be a unique expression of the human spirit. Such it was as the Gothic acoustic of Duke Chapel was awakened by the twenty-four voices of the Estonian Philharmonic Chamber Choir in a program presented by Duke Performances.

Chief Conductor Daniel Reuss directs this group with efficient, clear gestures, shaping vocal lines of simple beauty not unlike the ribbed vaulting which adorns the Chapel's ceiling. While the program was not wide in scope, with music by composers born in 1833 (Johannes Brahms), 1873 (Rudolf Tobias), 1934 (Alfred Schnittke), and 1935 (Arvo Pärt), the Choir's attention to dynamics and shading provided variety enough.

The program's first half was dominated by music of Brahms, whose Op. 74/1 (Warum ist das Licht gegeben den Mühseligen?) motet and Op. 104 (Fünf Gesänge) framed three works by Estonian composer Rudolf Tobias. The Brahms motet set the evening's tone with its opening measures, as the forte "Warum?" ("Why?) and its answering piano echoing the same question joined the choral sonorities with the Chapel's reverberant space. This is Brahms at his most chromatic; no farther than twelve bars into the motet's first (of four) movements, we hear as many as nine accidentals (notes altered from the basic key of the work) in seven consecutive measures. This can make for difficult intonation problems, but the Estonians had none. From the gravity of the opening movement through the lilting faster tempo of the second movement ("Let us lift up our heart") and the serenity of the quiet and slow third movement ("Behold, we count them happy which endure"), to the concluding chorale (Martin Luther's German version of the Nunc dimittis canticle), the Choir obeyed the Biblical instruction to sing "with the spirit and with the understanding also." (If one wants to understand the difference between the harmonic language of J.S.Bach and Brahms, this closing chorale is a good starting place.)

Three 1915 works by Tobias illustrated the dense chromaticism and polyphony which place this lesser-known composer clearly in the line of German Romanticism. Of the three works ("Kleine Karfreitagsmotette," "Vivit!," and "Ascendit in coelum"), the latter made the strongest impression, as well as providing a link between Tobias' works and the Brahms works: part of its text, "Denn wir haaben hier keine bleibende Stadt…" ("For we have here no continuing city...") was set by Brahms in his German Requiem some forty-seven years before Tobias' setting.

The first half concluded with Brahms' Five Songs. Dating from 1889, the same year as his third violin sonata, these are settings of secular poems. The music reflects the Romantic era's poetry in its colors and moods, with the fourth song, "Verlorene Jugend" ("Lost Youth") brightening the group with the vivacious rhythms of its four stanzas.

After intermission, the Choir brought music by Estonian composer Arvo Pärt and Russian composer Alfred Schnittke. The latter's Three Sacred Hymns, dating from 1983, have a harmonic structure which is not unlike that of Pärt's music, making one wonder if the Russian influence over Estonia extended to musical styles. The main interest, however, centered on Pärt's ground-breaking compositional forays into new territory. The audience was enraptured by his Slavonic Psalms (1984/1997), "Magnificat" (1989), "Da pacem Domine" (2006) and "Dopo la vittoria" (1996). Listening to this music is akin to time travel back to the Mediaeval world combined with Renaissance sonorities with an overlay of modern thought. Some compositions end without harmonic resolution, leaving the listener suspended in time (Psalm 131 and "Magnificat"), but that may be Pärt's interpretation of the texts, which end with on-going hope and praise; in "Da pacem," which ends with the text "only you, our God," the composer writes a closing harmonic cadence, closing this textual thought. Similar textual emphasis appears in "Dopo la vittoria," where the chorus sings the word "Signore" ("Lord") in unison, amidst the otherwise polyphonic texture. You can hear many of these compositions, sung by this Choir, on YouTube; they are worth listening to many times over.

Responding to the audience's ovations, the Choir finally sang in their native language, with conductor Reuss standing aside to let the singers offer more Estonian music as beautiful as the choral sonorities with which it was framed. 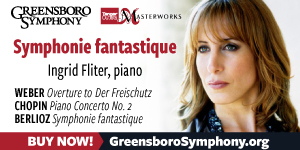