NC Symphony's Carnival of the Animals Is Spectacular (Even the Pianists) 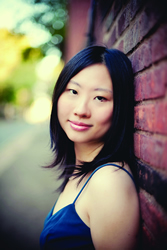 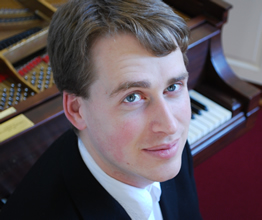 The North Carolina Symphony's Young People's Concert Series continued with "Carnival of the Animals," a program full to the brim with music about or inspired by animals. William Henry Curry led the orchestra with guest pianists Clara Yang and Jeremy Thompson, who provided glorious duos for Camille Saint-Saëns' Carnival of the Animals. Despite the satirical critique of pianists during the narration of the "Pianists" movement, they played with an equal balance of flair and ensemble that was precise and virtually perfect.

Out in the lobby, UNC-TV's Kids Club, Marbles Kids Museum, Kidsville News, Kidznotes, and Paint Savvy Face Painters had interactive booths and animal-related arts and crafts to get things started. The Young People's Concert Series intends to educate and entertain children while promoting the arts and appreciation for music, especially in an orchestral setting. The number of children that attended the concert, stuffed animals in tow, was certainly testimony to this program's success.

The concert began with a bang – Edward Elgar's "The Wild Bears" from The Wand of Youth, Suite 2, had exciting tambourine and xylophone parts balanced by loud and energetic melodies in the orchestra. Curry then turned to the audience and asked the children some questions about animals, providing a ridiculous scientific definition of "animal" and then leading them to think about what kinds of animals they would be exploring during the concert. The next work was Gioachino Rossini's Overture to La gazza ladra, "The Thieving Magpie," which, Curry explained, isn't about a magpie, but certainly sounds like it could accompany a very sneaky bird.

More playful performances followed, including Leroy Anderson's "Waltzing Cat" and "Old MacDonald Had a Farm," which both utilized instruments to create animal sounds, and John Williams' "The Shark Theme" from Jaws. "Old MacDonald" was an audience favorite, with a battery of percussion that sounded like ducks, geese, chickens, cows, pigs, birds, and more. The professionalism of the ensemble in performing the work was admirable, despite the strange sounds they were making! Jaws was especially thrilling, with loud, strong French horns and precision from the cellos and basses that presented the unmistakable two-note motif.

After a short break and an exodus of much of the winds and brass, the pianists entered for Carnival of the Animals. Saint-Saëns' work is a well-known menagerie of movements that depict animals and the music they might dance to, but the North Carolina Symphony went a step further: instead of letting the audience imagine the animals dancing, Triangle Youth Ballet performed the fourteen-movement work with soloists and small groups dressed as the animals the movements portrayed. This work is so popular with children and adults that it has often been requested since the NCS played it at Summerfest 2007.

This work was performed as fourteen miniatures, each featuring dancers with special animalistic choreography, and narration by Heather Patterson King. She read the pun-riddled, forced humor of Peter Schickele, who is better known for his works as "PDQ Bach," a satirical and fictitious composer. Some of the verses elicited more laughter than others, as did one or two wardrobe malfunctions, but all in all, the work was enjoyable and polished. The orchestra's balance and use of extreme dynamic and timbral changes were noted, despite much of the focus being drawn to the beautiful costuming and lovely dancing of older soloists and younger ensembles of dancers.

Some highlights from the work included the waltzing elephant in movement five ("Elephant"), Anne Whaley Laney's swift and delicate flute solo in movement ten ("Aviary"), the most ridiculous satire of dancing gorillas to portray "Pianists" (movement eleven), and a lyrical but understated performance of "The Swan" with solo cello Bonnie Thron and dancer Karen Siderovski, who performed choreography based on Mikhail Fokine's "The Dying Swan" for Anna Pavlova in 1907. Another entertaining moment was movement nine, "The Cuckoo in the Depths of the Forest," featuring a mysterious dance solo by Gina Duonio and clarinet soloist Andrew Lowy, who good-naturedly stood up each time he played the two-note "cuckoo" call.

Overall, the concert was charming and entertaining, reminding children and adults alike about the exciting life of animals. The concert was also structured in such a way to portray the versatility of music and musical instruments in creating tunes and sounds that can seem just like the animals around us. Since music began as a representation of our daily lives, it is nice to return to that and see how music retells our experiences. Well done, NCS members and all participants involved!

The Young People's series continues with another installment on March 8. Check our calendar closer to that date for details.