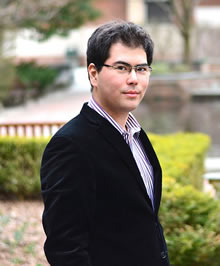 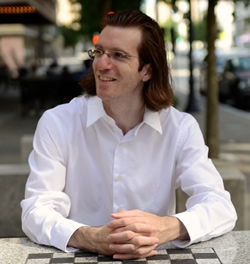 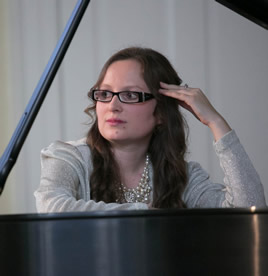 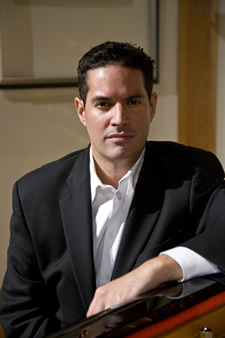 This preview has been provided by the Clayton Piano Festival.

Clayton Piano Festival continues this October in its mission of bringing the joy of classical music to the Clayton community and beyond.  “Much of our audience is made up of people who are not regular classical concertgoers which I think is very important,” explains Jonathan Levin, the festival’s founding director.  Classical music is still very much alive, and part of keeping it alive is building new audiences and finding new and compelling ways to present the music.  I’m always searching for some kind of connection; with new classical audiences I often like to try to put the music in a familiar context – to find any common link between the music and something we can all relate to.”  All of the festival concerts have a central theme or narrative and feature some sort of interactive or aural/visual component which can take the audience into the mind of the composer or reveal the intent behind the music.  Sometimes the performer will speak to the audience, sometimes there will be an emcee.  “If you’re not into big concerts then venues like the Historic Wagner House provide the ideal place to experience an intimate concert reminiscent of the salon performances in the 19th century – it’s almost like listening to live music in your living room.” But their audience isn’t just adults, they also have outreach performances for local elementary schools and for educational and special needs groups in addition to a Young Artists Seminar for aspiring music students which coincides with the week of the festival.

The concerts present an eclectic mix of programing sure to appeal both to hardcore concert goers and classical newbies and take place at the Clayton Center Performing Arts Auditorium and the Historic Wagner House in downtown Clayton.

On October 4th Award winning pianist Azamat Sydykov, originally from Kyrgyzstan, will start things off with the opening concert called Movie Tunes - fun mix of iconic classical hits from the movies featuring a special tribute to Ava Gardner in collaboration with the Ava Gardner Museum in Smithfield and their Ava Gardner Festival which happens to coincide.  WRAL TV’s Bryan Mims will guide the audience through the evening of action, comedy, romance, adventure… and a little horror, as guest emcee.

The next program, called Sanctuary is a special exploration of the many different manners in which religious themes worked their way into the classical music literature over the years and will be presented by Jonathan Levin the very next day on October 5.  “The program encompasses a vast range of expression from works which absolutely everyone will recognize like the immortal Toccata and Fugue in D minor by Bach to pieces which will amaze and challenge the listener like Olivier Messiaen’s Contemplation of the Spirit of Joy from 20 Visions of the Christ Child.”

On October 7, concert pianist and head of the music department at Mississippi University for Women, Julia Mortyakova will present the next concert, a tribute to women composers called In Her Shoes – a fascinating look at masterworks from the parlor music of Cecile Chaminade to music by some of today’s leading composers including her mother, the internationally recognized composer Olga Harris. The concert will be at the Historic Wagner House in downtown Clayton.

Milton Laufer will be closing out the season with a concert titled From Brooklyn to Havana on October 10.  Dr. Laufer, who now holds the position of Dean of Music at the New World School of the Arts in Miami, is no stranger to the area having been a professor at Peace College a few years ago.  The concert will be festive collection of classical works with a popular twist featuring music of George Gershwin, Ernesto Lecuona and Rephael Hernandez.

“I don’t know where CPF will go in the future but there is tremendous potential for growth in all of the programs we do,” said Levin.  “Clayton has come a long way since I grew up there – it is a community which I think is hungry for the arts in all forms and Clayton Piano Festival certainly fills a unique niche in the already vibrant arts community of the area.”

For more information about Clayton Piano Festival please go to their website at www.claytonpianofestival.org.