When Our Ethics Battle Our Dreams: Trouble in Mind at PlayMakers

PlayMakers Repertory Company is not only an important regional theatre, it is attached to UNC’s Department of Dramatic Art, which means that PRC is fed by the deep wells of knowledge of all the faculty. We see one result of this in PRC’s current production of Trouble in Mind, a 1955 play by Alice Childress — one of the works included in a collection of Childress’ plays by Dramatic Arts faculty member Kathy A. Perkins, who is a superb lighting designer (she designed the lighting for Trouble in Mind) as well as a theatre historian who has published extensively on the work of black female playwrights.

Childress wrote, often using sharp satire, about racial issues that remain explosive decades later. Trouble in Mind is about a mixed-race theatre group rehearsing a play that is larded with horrible racial clichés and assumptions. It means work for the actors, though, and the black ones are accustomed to swallowing hard and demeaning themselves and their truth for a paycheck. The white ones don’t even notice the offenses. But one actor, Wiletta Mayer, finds herself in a particular bind. For years she’s been successful as a singer, but her dream has been to act “something grand,” on Broadway. Yet, once this opportunity comes, she reaches her sticking point during rehearsals when she cannot go along with the racial garbage in the third act.

The play, directed here by Jade King Carroll, ought to rip up your heart. Although it holds the attention, it did not quite get to heart-bleed territory on opening night. The trouble with Trouble seems to be in the script itself, not the direction, and certainly not in the acting by Kathryn Hunter-Williams as Wiletta. Early in the play, the white director (Schuyler Scott Mastain) exhorts the actress to justify her reading of the character, declaring he must have “true” performances, real hard-hitting stuff. It appears that this is supposed to spark Wiletta’s change from a black woman always masking around white people, to an uncompromising artist insisting on speaking truth on stage and to “the man” — but Wiletta’s complete turn-around doesn’t quite work dramatically. It’s believable that any person might reach the “no more” point, and that it might happen at the most inconvenient time — yet the script doesn’t generate the empathy for Wiletta that we ought to feel for a person sacrificing her dream for her integrity.

It is too bad, because I’ve been waiting for years to see Kathryn Hunter-Williams in a lead role at PRC. She’s had important roles (she was splendid as Mama in A Raisin in the Sun) and many scene-stealing lesser roles, but I believe this is her first PRC role as the protagonist. However, now that that color barrier has been breached, and PlayMakers continues on its course towards theatrical inclusiveness, surely we will see her in another role more worthy of her talents.

Roger Robinson was strong as Sheldon Forrester, an older black actor who can’t insist on honesty because he must have the paycheck. He knows that the third act is nothing but white segregationist posturing, but he’s old, poor, and still owes the doctor. He doesn’t have a dream any more, he’s not in love with the theatre like Wiletta is, he just doesn’t want to starve in the cold. The only person who understands, really understands, Wiletta’s dream is an old white man, touchingly played by David Adamson. Henry was the electrician who did the rainbow lighting for a long-ago singing performance by Wiletta, but who with age has devolved to doorman and disrespected gofer. He’s the only one who can really see her, the only one who wants to hear what she has to say. This last little humane twist raises the script above its own social change agenda.

Trouble in Mind remains an interesting play, if not a great one, and particularly interesting inspected under current social conditions, which in some ways are not all that different from those of the 1950s. Lynching, for instance, still happens. Black actors are still relegated by white producers to modern versions of old caricatures. Any one who saw Howard L. Craft’s recent play Freight: The Five Incarnations of Abel Green will notice many correspondences, although a woman’s point of view is not among them, especially on the issues of masking, lynching, and roles for black actors. Trouble in Mind, like Childress’ better-known Wine in the Wilderness, helps fill some deplorable gaps in our history and our understanding of our own social structures.

Trouble in Mind continues through Sunday, February 8. For more details on this production, please view the sidebar. 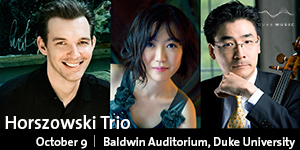