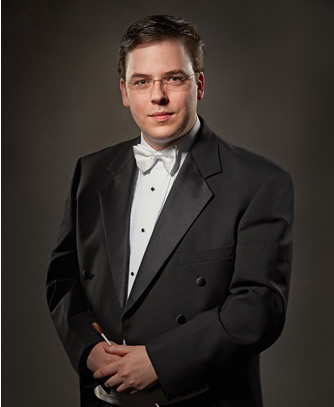 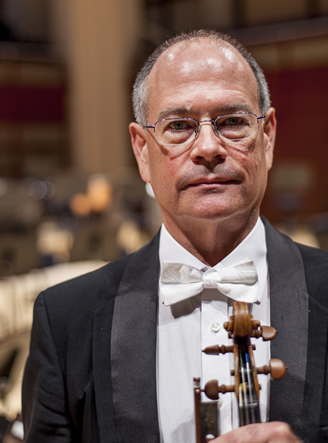 This preview has been  provided by the North Carolina Symphony.

The North Carolina Symphony's Raleigh and Chapel Hill Classical Season series continue in performances on Friday, Nov. 20, and Saturday, Nov. 21 at 8 p.m. in concerts in Meymandi Concert Hall in downtown Raleigh, and again on Sunday, Nov. 22, at 7:30 p.m. in in Memorial Hall on the campus of the University of North Carolina at Chapel Hill.  James Feddeck will lead the orchestra in Rachmaninoff's Symphony No. 2, and Glazunov's Concerto in A minor for Violin and Orchestra, Op. 82, featuring North Carolina Symphony Concertmaster Brian Reagin.

James Feddeck is rapidly becoming one of the most interesting and remarkable conductors of today. Most recently, he made critically acclaimed debuts with the San Francisco Symphony and the Hallé. Over the last two seasons, Mr. Feddeck has made significant North American and European debuts with the Los Angeles Chamber and NAC Orchestras; the Atlanta, Houston, Vancouver, Milwaukee and BBC Symphony Orchestras; the Deutsche Oper Berlin with Béjart Ballet; and the Tampere and Helsinki Philharmonic Orchestras.

Upcoming highlights include debuts with the Minnesota Orchestra, the Toronto and New Zealand Symphony Orchestras, Orchestre de Chambre de Lausanne, the Brno Philharmonic Orchestra, the Royal Philharmonic Orchestra of Flanders and the Deutsches Symphonie-Orchester Berlin. As well as conducting The Cleveland Orchestra at the Blossom Festival and subscription concerts with the Chicago Symphony Orchestra, Mr. Feddeck will also return to the Royal Scottish National Orchestra, San Francisco Symphony, Residentie Orkest and the Hallé.

Winner of the prestigious Solti Conducting Award in 2013, Mr. Feddeck was Assistant Conductor at The Cleveland Orchestra, where he conducted subscription concerts and stepped in for Franz Welser-Möst in a fully-staged production of Don Giovanni and in performances of Carmina Burana. Prior to that, he studied with David Zinman at the Aspen Music Festival and School, where he received the Aspen Conducting Prize in 2008.

Since 1990 Mr. Reagin has appeared as a soloist with the North Carolina Symphony more than 100 times, making him the most frequent soloist in the history of the orchestra.  Highlights of his extensive performing career include a televised performance of the Brahms B Major trio with Andre Previn and Yo Yo Ma, the world premiere recording of the George Frederick McKay Violin Concerto, and stepping in for the stranded Itzhak Perlman two days after the 9/11 attacks to perform the Mendelssohn Violin Concerto with the North Carolina Symphony.  Mr. Reagin performs on a Lorenzo and Tomasso Carcassi violin made in Florence, Italy in 1763.

In addition to stellar performances, North Carolina Symphony concertgoers can enjoy pre-concert talks, post-concert discussions, and "Meet the Artists," which feature interactive conversations with guest artists and select orchestra members, at many Symphony events.  Before the Friday, Nov. 20, and Saturday, Nov. 21, performances in Raleigh, Associate Conductor David Glover will give pre-concert talks at 7 p.m. in the Swalin Lobby of Meymandi Concert Hall.  Before the Chapel Hill performance on Sunday, Nov. 22, Dr. Letitia Glozer of UNC will host a pre-concert talk in Gerrard Hall at 6:30 p.m.

The concerts are made possible in part by The Helton Family Foundation Fund.  Partners for the 2015/16 Chapel Hill Series include Carol Woods Retirement Community, and The Businesses of Market Street, Southern Village.

Based in downtown Raleigh's spectacular Meymandi Concert Hall at the Duke Energy Center for the Performing Arts and an outdoor summer venue at Booth Amphitheatre in Cary, N.C., the Symphony performs about 60 concerts annually in the Raleigh, Durham, Chapel Hill and Cary metropolitan area. It holds regular concert series in Fayetteville, New Bern, Southern Pines and Wilmington — as well as individual concerts in many other North Carolina communities throughout the year — and conducts one of the most extensive education programs of any U.S. orchestra.