Symphony Classics Under the Star...and Lightning 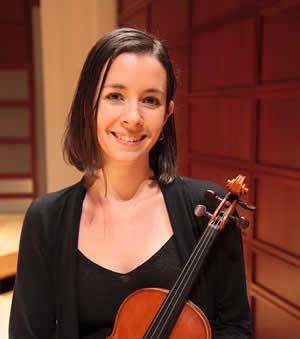 Courtesy the artist and presenter

The North Carolina Symphony's Summerfest program is well under way, and on Saturday conductor David Glover presented "Classics Under the Stars" despite the impending threat of thunderstorms and rain, which, in fact, continued throughout the concert but just a mile or two away, so that the show was able to continue uninterrupted. Spread across the lawn of the Koka Booth Amphitheatre at Regency Park were about as many families and longtime listeners as one could expect at an indoor symphony concert. It was also heartening to learn that several of the fourth grade classes who had missed their Symphony Education Concert field trips last month were able to attend tonight and get a taste of some standard orchestral fare.

The evening of short, colorful dance or dance-inspired works was both expertly performed and easily accessible to audiences. Beginning with Offenbach's Overture to Orpheus and the Underworld, which Glover explained is a highly satirical take on the classic myth, the notes from the orchestra's soloists in the clarinet, oboe, and cello sections were beautiful and expressive, setting up a warm, passionate prelude to the rambunctious "Can Can" section. The orchestra's balance and clarity were nearly perfect, even in the back of the lawn, in spite of a few moments of over-amplification of soloists.

Second in the program was the second movement of Grieg's Dances on Norwegian Themes, a tender and loving exploration of Scandinavian folk song accented by the crystal-clear harp and triangle parts. Glover deftly led the ensemble into the much more jaunty and exotic end section. Even though some of the children of the audience were expressing their appreciation of the music through loud shrieks while they chased each other and danced, the Symphony remained professional and focused, which I personally love to see even in an outdoor concert not necessarily tailored for the traditional concert-goer.

The weather brought just a little bit of cool air to dissolve the humid heat that had been radiating all day, and the intermittent lightning strikes in the distance under a canopy of thick gray clouds added an element of suspense to the evening. Eventually a lone star (or planet) emerged just above the amphitheater stage, giving the program title some credibility. Elizabeth "Libby" Phelps graced the stage as the soloist in Vivaldi's "Spring" from The Four Seasons, projecting the familiar melodies pleasantly across the lawn and delivering a fantastic solo cadenza (that might have been a little too modern for Vivaldi's time, but it was lovely). Phelps, the principal second violinist, and concertmaster Brian Reagin performed beautifully together in small canons and duets, and it was obvious that they know each other's playing very well. Unfortunately "Spring" was the song with the worst amplification, which got a little distracting. The middle and low voices of the strings got lost periodically, and Phelps was more prominent in the non-solo sections than was appropriate.

The final work of the first half was Bizet's Carmen Suite, featuring the overture, "Les Toreadors," the sultry "Habañera," and "Danse Boheme," all of which were precise and delivered with flair. After intermission came Khachaturian's "Dance of Welcome," "Waltz," and "Sabre Dance," taking the audience on a journey through beautiful, stately brass fanfares, a lavishly dark dance, and arriving amidst catchy and enthusiastic melodies you can't help but tap your foot to.

Rachmaninoff's "Vocalise" and Brahms' "Hungarian Dance" came next, more complex and deep after "Sabre Dance," rife with dramatic changes in volume and style. These rich, full sounding pieces allowed the orchestra to showcase its expert use of the extremely soft dynamic in order to make the louder moments that much more effective. After these very Romantic works came the more nostalgic and popular tunes, the American classics "America the Beautiful" arranged by the Symphony's own Terry Mizesko, and selections from Copland's Rodeo.

Mizesko's arrangement was one of the best I've heard of Samuel Ward's pastoral and hymn-like tune, with graceful fanfares and sonorous harmonies, but without too much decoration or fuss, which modern arrangements of patriotic songs are wont to do. Glover turned and encouraged the audience to sing along, conducting us patiently as we struggled to make up words for the second verse and just ended up listening to the experts play. The addition of this song on the program was a nod to the fourth grade classes who had been promised the chance to sing with the Symphony, as well as a prelude to the Symphony's annual Independence Day concert, coming back to Booth Amphitheatre at 7:30pm on July 4th.

Copland's Rodeo selections included "Saturday Night Waltz" and "Hoe Down," and they are just discordant enough to be fun in classic Copland style, with gorgeous French horn moments that envelop your very heart. There was one pretty unfortunate timing issue in the percussion at the start of "Hoe Down," but the trumpet, oboe, and violin solos took the focus away from that and led into the classic melody that – and I'm not exaggerating – managed to draw a couple of yee-haws from the back of the lawn.

The encore dance, Gliére's "Russian Sailors' Dance," gave the brass a final and much-needed spotlight, and sounded similar to moments of Beethoven's Symphony No. 7, if that symphony had been composed with a tambourine part. Overall, it was a rousing evening full of camaraderie out in the grass, with delightful music expertly performed under a haze of glowing clouds and one lone star (or possibly a planet) winking down at us.