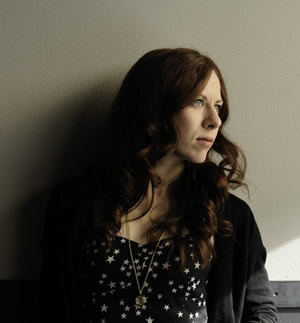 With only four days before the election, the North Carolina Symphony's timing with the presenting of an all-American music program seems apropos. The similar themes between selections by Barber, John Williams, and Copland – with Copland dominating most of the evening – gave an ironically hopeful sound that would impress voters on either side. The performance, repeating November 5 in Meymandi Hall, demonstrated the organization's skillful programming and the orchestra's sheer love of playing music composed by Americans.

Guest conductor Teddy Abrams stepped onto the podium. A young conductor with plenty of finesse, Abrams began the program with two Copland works – "Fanfare for the Common Man" and the Suite from Our Town – each with their respective difficulties.

The Fanfare is a staple in NCS's repertoire, and their playing of it invoked excitement in many audience members who seemed to be hearing the piece live for the first time.

To the normal concertgoer's ear, Copland sounds deceptively simple, as is the case for the music from Our Town, which Copland wrote for the 1944 film version of Thorton Wilder's play. The piece contains a central theme that is heard repetitively throughout the beginning over changing chords in the winds and strings before exploding into an emotionally overwhelming finale. The players in this piece excelled in their sensitivity of Copland's work that evokes images of childhood and small town – the shared "mystic chords of memory" of which Abraham Lincoln spoke.

To conclude the first half, Abrams led a rousing rendition of Barber's First Symphony. Programmatically, this work could have concluded the entire concert, but clocking in at 18 minutes, it was an understandable filler for the first act.

Following intermission, the orchestra skillfully navigated the difficult Sinfonia (for Orbiting Spheres) by Missy Mazzoli – a piece rarely performed outside of its debut with John Adams and the Los Angeles Philharmonic. The work, conjuring the empty sound of space and galaxies, used unique instrumentation such as harmonica and pre-recorded sounds to explore the vastness of what may be outside our realm of being.

To conclude the evening, NCS performed inspired renditions of John Williams Overture to the film The Cowboys and Aaron Copland's Billy the Kid Suite. Both pieces have been performed numerous times by NCS, the emotion and technical brilliance instilled by former NCS Resident Conductor William Henry Curry. This allowed for the players to be expansive in Abrams' extravagant conducting, while maintaining the essential heart of the two pieces.

The North Carolina Symphony is preparing for a performance at the Kennedy Center in March, representing North Carolina on the national level. Though so far the season has consisted of many guest conductors, the consistency of the playing stems from the training of the orchestra by pros like current Music Director Grant Llewellyn and Maestro Curry. It is an honor to hear a wholly American orchestra perform this program with as much heart as it did Friday evening.