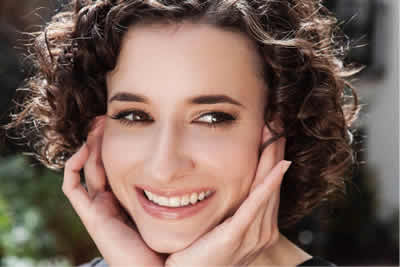 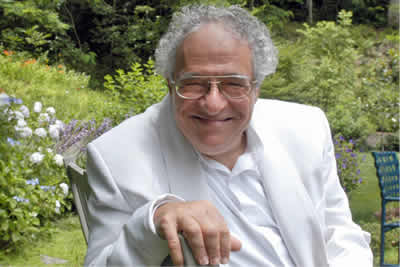 An overflowing crowd filled the Agnes de Mille Theater for the Fletcher Opera Institute's opening of Richard Strauss's charming and effervescent one-act opera (with Prologue), Ariadne auf Naxos (Ariadne in Naxos). The reduction (by Christopher Fecteau) of the original orchestration, from 37 musicians to a mere 20, was nimbly conducted by guest maestro David Effron, whose wealth of experience showed itself over and over again in the exquisitely coordinated production. (Strauss is fond of accompanying a simple upbeat on stage with a cadenza-like handful of notes for a woodwind instrument in the pit!)

Originally, the opera was produced in 1912 as a "play" within a play in the Molière/von Hofmannsthal production, Le bourgeois gentil-homme, along with considerable incidental music by Strauss, now usually played separately. The awkward and long production was disassembled and a new prologue was composed for the 1917 production, with both speaking and sung roles.

Simply put, the plot revolves around a wealthy but tasteless patron (who is not a character in the opera) who has engaged an opera company and a burlesque troupe to perform for his guests (originally in the final scene of Molière's farce), but who lacks the refinement to realize the mismatch. To worsen matters, he orders that they perform simultaneously, irritating the opera singers, the composer and his teacher, but not the itinerant troupe of comedians, which includes four commedia dell'arte clichéd characters and the charming Zerbinetta, a singer-dancer of confessed easy virtue.

The Prologue takes place back-stage of an ordinary modern-day theater, with sign-in sheet, dressing rooms, and wardrobes. The gum-chewing characters enter, hug, tease and check their phones for messages. But in actuality, the Prologue is serving to set up the longer one-act opera which combines the Bacchus and Ariadne legend from Greek mythology with the antics of the comedians, and allows Strauss to poke fun at innumerable musical traditions, including a ponderous prelude, an endless coloratura aria and an even longer lament of the abandoned Ariadne, and of course, the hero, Bacchus, a helden-tenor right out of Wagner, who comes in to save the distressed damsel.

The young novice composer, a "pants role," was impressively sung by Kathleen Felty. This character sings only in the Prologue, but the difficult and taxing part was handled with ease and charm by Ms. Felty. She has a powerful mezzo-soprano voice, rich and nuanced. (The role is double-cast with alternating performances sung by Lindsay Mecher.) The composer's mentor, "the teacher," clearly disdainful of the earnestness of his young ward, was sung by Cameron Jackson, a strong and expressive baritone, with a long flowing wig of white hair.

After intermission, the curtain rises on one of the most gorgeous sets (Elizabet Puksto) I have ever seen - an Aegean island with coral-like trees and a large shell hovering over the lamenting Ariadne. The "opera proper" opens with its own overture which allows the comedians to load the set with tourist "trash" - beach ball, deck chair, straw hats and beer cooler.

Three nymphs inquire discreetly after Ariadne. Some of the most beautiful music in the opera is written for this vocal trio, Anyeé Farrar as Naiad, Sara Roberts as Dryad, and Alexandra Pawlus as Echo (Madeline Hardy is double-cast as Echo). Costumed (Trent Pcenicni) in sea shells and flowing diaphanous veils, these beautifully matched voices soared, recalling the prototype Strauss must have had in mind, the three ladies in Mozart's Zauberflöte.

Zerbinetta (Sarah Labiner), dressed for the beach in a skimpy two-piece swim suit, flirts with her quartet of comedians, Harlequin (Andrew René), Scaramouche (Jacob Wright), Truffaldino (Karl Buttermann) and Brighella (David Maize). When the gents go off, she tries to persuade Ariadne of the old adage "… better to have loved and lost that never to have loved at all…" The coloratura writing in her long and outrageously difficult aria outdoes all other such roles by other composers. And Ms. Labiner outdoes herself (and most rivals) with her extraordinary lightness of movement and clarity of pitch. Ariadne seems not to notice, so after a brief coda of bravura, Zerbinetta runs off with Harlequin.

The long aria, which Ariadne (Jenny Schuler) finally sings, rivals the famous Liebestod which closes Richard Wagner's monumental and earth-braking Tristan und Isolde, in both sentiment and length, if not in beauty. Miss Schuler has a beautiful and powerful voice, rich in nuance and always expressive. Her intonation was spot on, and only for a moment or two did I wish that her vibrato would be more restrained and the tone more focused. And to match the darkening mood, the stage lighting (of Tyler Roach) had changed to a Van Gogh-esque richness.

Her hero, whom she mistook first for Hermes, come to take her to the underworld, and then for Theseus, who had abandoned her while she slept, turns out to be Bacchus (Dionysus) who persuades her to abandon her grief and join him – which she does. This hero's role was admirably sung by Matthew Arnold, whose two off-stage pronouncements sounded like Lauritz Melchior himself. Mr. Arnold has a golden voice, strong and rich and surprisingly mature for his age. If he can manage, coddle and tend his voice, I predict a glorious career for Mr. Arnold.

The orchestra playing was extraordinary, even in the dry acoustics of De Mille Theater. Cellist Elizabeth Cook had several outstanding moments after intermission as did clarinetist Clifford Tam.

The performances of the Fletcher Opera Institute get better and better, rivaling professional opera companies in larger cities. The opening night was a sellout, so people interested in great singing should book early. The opera repeats in the same hall on Friday, April 21 and Sunday, April 23. See sidebar for details.