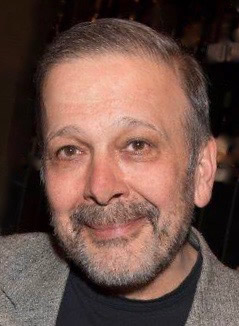 Stephen Sondheim's Company in most realized productions reveals its mixed bag of a script. At times it feels episodic and jagged in its presentation of married life. Productions in the past have never fully connected the dots between each of the stories or found a common denominator that is in plain sight of the artistic team and audience: Bobby, the 35 year-old bachelor who questions why, at this late age, he is still unmarried. He serves in some ways as a springboard, a foil for unraveling characters who feel that their neuroses and emotional scars will all be fulfilled when the knot is tied, but the opposite occurs.

Early scenes establish the formula for the vignettes. Whereas the formula often wanes during the second act, director Gus Kaikkonen's solid focus in Winston-Salem keeps the scenes building on one another. The through-line is not Bobby as a figure of moral and emotional support for his friends; it is instead the descent into self-realization that keeps the momentum of the production strong.

What is so refreshing about the production, seen in the Gerald Freedman Theatre, is the youthfulness of the cast. For those familiar with the show's material, apprehension could arise due to having young people tackle issues of marriage, long-term commitment, and regret. How could they know how to embody being in a relationship with someone for 10+ years? Or how do they know what it means to not be single for the rest of your life? The immense talent of the UNCSA actors deflates any doubt that audience members may have had. In fact, having younger actors tackle these issues reveals a new layer of emotional depth in a book that can feel tired and a bit too familiar when put in the hands of actors who are around the ages of their characters. The objective eyes of these mature students alternates the comedy and domestic drama gracefully. Even Kaikkonen's decision to set it in the recent past (a note the libretto makes despite other productions placing it in the 1970s, when the musical was first produced) adds a timelessness to the material. The urban landscape of high-rise balconies and effective use of the theater's turntable, both thanks to scenic designer Kate Fester, give the production a platform for these deep issues to be explored on.

Dylan Bougis' Bobby is not a stoic, passive listener whose stare is ever calculating the relationships by which he is surrounded (much like Neil Patrick Harris' or Raul Esparza's interpretations introduced in earlier productions). Bougis is an active, engaged friend to the couples he encounters – finishing sentences neither spouse can finish, asking the right questions. His friends unknowingly take advantage of his sense of individualism, as it is in the first vignette with Sarah (played with delicious restraint by Julia Cryster) and Harry (Carl Bryant), a couple who uses Bobby's curiosity to score on one another's lack of control over their diet and alcohol consumption. Susan (Julia Sismour) and Peter (Mitch Connelly) use Bobby's confused response to their divorce as validation for it, convincing themselves it is the right thing to do. Jenny (Reagan Alexander) and David (James Alton) use Bobby's introduction of marijuana to them to work through their power-play issues. Bride-to-be Amy (Grace Parker) validates her decision to leave sweet-natured Paul (Mekhai Lee) before changing her mind again, thanks to Bobby's proposal of marriage to her.

Where we get close to seeing the real Bobby is in his interactions with the trio of single women he juggles. Catherine Connelly's Marta is an eccentric whose desire to connect with the city and its people is more rebellious than Bobby's restrained, party-going way. Kathy (Bailey Lee) attempts to move past her and Robert's relationship by getting married. And April (played with sharp humor and timing by Jordan Boatman) seems to be the right one for him. She is not an intellectual like his other friends; she cares more about being happy and making sure Bobby is, too, something he has yearned for and is now anxious about having been centered in one person.

Reality is found in these vignettes, while the songs provide fantasy within Bobby's world.

The opener of Act II, "Side by Side by Side," shifts the tone from hard-hitting reality displayed in the first act to musical theatre fantasy à la Busby Berkeley. The number is deceptive, as it begins as an ode to marriage and ends with a jarring revelation by Bobby about his own isolation from his friends.

Devin Kessler's powerful "Ladies Who Lunch" brings down the house after casting light on a nihilistic view of society women, with some of whom we may identify, and many of whom Bobby has no doubt dated. These songs, augmented by Henry Wilen's lighting and Tiffany Chen's modern, fashionable costumes, demonstrate this production's graceful transitions from moments of reality to fantasy. Steven Freeman's control and direction of the cast and the full on-stage orchestra rank among the best interpretations of this challenging score, making it sound as if it had been written yesterday. Finally, Krisha Marcano's choreography is hip and refreshingly original in its highlighted moments.

During his final anthem, "Being Alive," Bobby acknowledges personal shortcomings that lead him to cry out in desperation, yet we continue to hope. There may not be much of a message for people to continue to learn from Company, but we all know that point in our life when we were Bobby. We have to take a long hard look at ourselves to make sure we want to spend the rest of our lives with ourselves before spending it with someone else.

Company continues through Sunday, Nov. 18. For more details on this production, please view the sidebar.