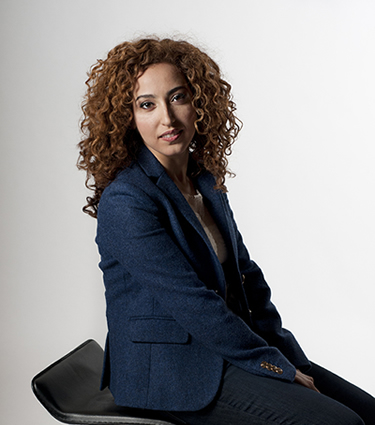 Raleigh's annual Paderewski Festival comes every year in November, celebrating so much more than just the composer Paderewski. The festival is a unique combination of music and history, incorporating Paderewski's life and multiple careers (composer, performer, and prime minister of Poland) with the transition between romantic and modern piano music, usually music that Paderewski himself performed. All of this is portrayed through a modern lens by consistently featuring dazzling younger piano artists while continuing to examine Paderewski's relationship with the City of Raleigh. This year's festival was no exception, featuring the prizewinning international performer Sara Daneshpour, a Washington, D.C., native and student of Sergei Babayan since 2015. This year's opening concert took place in the acoustically appropriate Daniels Auditorium, inside the North Carolina Museum of History in downtown Raleigh (just blocks from where Paderewski once played at Raleigh's Municipal Auditorium in 1917).

The program followed a rather consistent chronological order, bookended by two sonatas that couldn't possibly be more different: Mozart's Sonata in F (K.533) and the Sonata No. 8 (last of the so-called "War Sonatas") by Prokofiev. Everything else in between spanned the 150-year distance between these works. More than anything, these stark differences showcased Daneshpour's expressive consistency among wildly different styles of music. Her ability to maintain precise articulation even in the softest Mozart arpeggios and cadences translated to Chopin's sparkling treble melodies. Her elegance in playing Mozart and Chopin was still maintained through decidedly bolder Rachmaninoff and Liszt pieces.

Overall, Daneshpour's sensitivity was really quite remarkable, and it manifested itself in a number of ways. Tchaikovsky's "Un poco di Chopin" (Op. 72, No. 15) was a good segue to the more unpredictable pieces on the program, featuring an excellent variety of articulation and switching rapidly among them. Of course, these were performed with Mozartian precision. With Chopin's Etude in F, Daneshpour pried a melody out of the cavorting right hand, with fabulous articulation and dynamic control.

The first half of the program concluded with Rachmaninoff's Etude in C Minor, Op. 39, No.1, a fierce preparation for the upcoming Prokofiev.

Then the serious, sometimes violent sonata served as a foil for the program's gentler moments that had come before. Here, we saw and heard Daneshpour's ability to throw her whole weight behind those jarring accents and pointed melody, at times playing with her hand similar to a knife's edge. There is a sense of collision and resistance in this sonata, particularly at times when the music suddenly stops, leaving one sustained note. In addition to contrasting with the rest of the program, Daneshpour was able to explore contrasts within this sonata, sometimes back to back. Often, the militant staccato texture, without warning, turned to web-like arpeggios with a melody caught inside, as it were. These changes were aided by Daneshpour's expression, aptly switching between tension and relaxation, according to the music. After the sonata's breathless conclusion, Daneshpour ended her performance with an encore. Tchaikovsky's delightful Waltz Op. 40, No. 8, flowed out organically and was a gorgeous reprieve to the tension before.

For more information on this festival, see the sidebar.