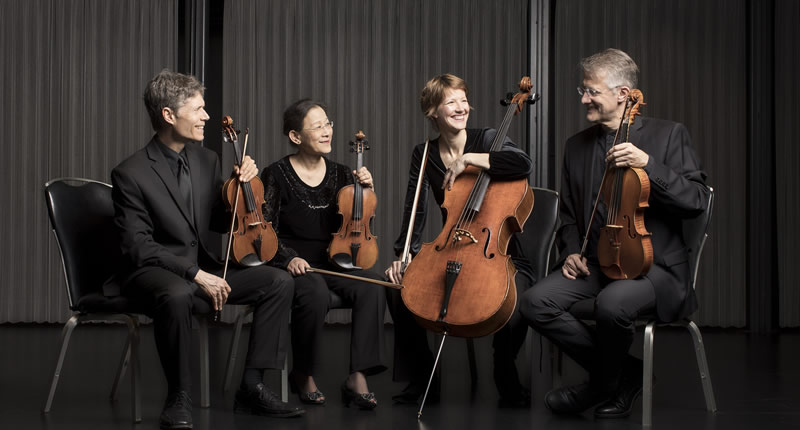 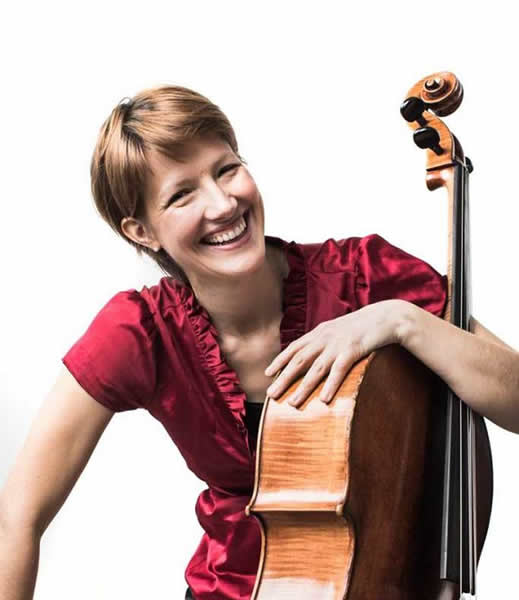 It may have been the season's most intriguing and unusual program. In Baldwin Auditorium on a cold Saturday evening, the Ciompi Quartet offered two extreme chamber music rarities – quartets by Saint-Saëns and Marie Jaëll (1946-1925) – with excerpts from three other more or less contemporaneous French works – by d'Indy (1851-1931), Debussy, and the short-lived Guillaume Lekeu (1870-94). The program, curated by the ensemble's newest member, cellist Caroline Stinson, was entitled "Lost and Found," and it demonstrated fairly conclusively the old adage that there's a reason many works fall by the wayside as we winnow out the masterpieces from among the dross. (Think how many rocks a rock crusher must crush to come up with an ounce of gold....)

That "found" in this program was without doubt the final selection played, the String Quartet in G minor (1875) by Jaëll, whose manuscript was unearthed (figuratively) by a friend of the cellist, following a sabbatical in Strasbourg. This wasn't its premiere, but the Ciompi's committed performance will surely help advance its cause, and additional hearings are certainly merited, for this is a major discovery of a vibrant, engaging work of significant dimensions, in four movements, crafted with supreme artistry. It didn't hurt one tiny bit that the playing was at an exalted level of technical accomplishment, interpretive insight, and total commitment from all hands – which is to say, cellist Stinson plus violinists Eric Pritchard and Hsiao-mei Ku and violist (and program annotator) Jonathan Bagg. We'll come back to it momentarily.

The program began with Saint-Saëns' Quartet No. 2, in G, Op. 153 (1918). It dates from the year the War to End All Wars ended, but nary a hint of trauma survived in this lightweight and ultimately inconsequential bit of fluff, reminiscent of a dispassionate chat among neighbors in front of a pastry case at a nearby boulangerie. There was a hint of darkness in the second movement but ultimately this proved wistful at best. The bridge to the finale was somewhat somber but the piece ended in froth, inspiring no lingering wish to hear it again. Recall this composer's "Organ" Symphony, Samson et Dalila, the concerti and tone poems, and Le Carnaval des Animaux, and then move on.

Here, we moved on to d'Indy's altogether more interesting String Quartet No. 1, in D, Op. 35 (1890), from which we heard the third movement, based on "the sentiment of a popular song" in a manner that suggested the well-known orchestral work with piano, the Symphony on a French Mountain Air. The chamber selection exuded charm and craftsmanship in a certain fin de sèicle manner, but nonetheless with some hints of what was to come. This score might merit revisiting in full, as does some of his other music, too – Monteux championed several of the orchestral pieces, and the opera Fervaal has turned up from time to time in Europe.

To help anchor the program to more familiar terrain the first half ended with the jaunty, jazzy second movement of Debussy's justly-celebrated Quartet in G, Op. 10 (1892), radiantly played.

Part two began with a pair of excerpts from Lekeu's six-movement Quartet (1888). This composer is especially popular among violinists but he wrote a remarkable assortment of music before his untimely death due to typhoid fever – it was therefore good to experience these lovely bits, the first of which cast light on the lovely artistry of the cellist, with subdued commentary from the others, and the second of which summoned rivalry between the first violinist and the violist, in particular – suggesting to at least one old timer in the audience the memorably wonderful squaring off of the late Giorgio Ciompi, this ensemble's founder and namesake (and onetime NBC Symphony violinist), and the CQ's vibrant former violist (and COT founding conductor) George Taylor, who in pieces like this would often go at it, toe to toe.*

The grand finale was that aforementioned rediscovered work by Marie Jaëll. It's dramatic, dynamic, rich-textured, brilliantly written, consistently engaging, admirably unified. Parts of the second movement seemed a bit old fashioned – particularly its hints of violin renditions on long ago fiddle recitals of transcriptions of, say, "O Divine Redeemer" – but of course it was the oldest work on the program…. The captivating scherzo was realized at a brisk walking pace, generally, with the "joke" (scherzo) residing in the quite magical trio. Everyone had solo moments in the sun in the finale, taken at an Allegro clip (as someone once famously said, ma non troppo...). The composer exudes strength and power and a good deal of vision, too, with the quartet sweeping its listeners along with the excitement, capped by a coda that really takes off as the piece vaults to its conclusion. Hooray! Forget the rest – let's hear this one again!

So the Ciompi Quartet is alive and well and its good work continues. Hear 'em again soon and often, too! This ensemble is one of our region's greatest artistic treasures. See our calendar for details of future performances.

*Taylor returns to NC on March 10 to perform the Bartók Viola Concerto with the Chapel Hill Philharmonia in UNC's Hill Hall.