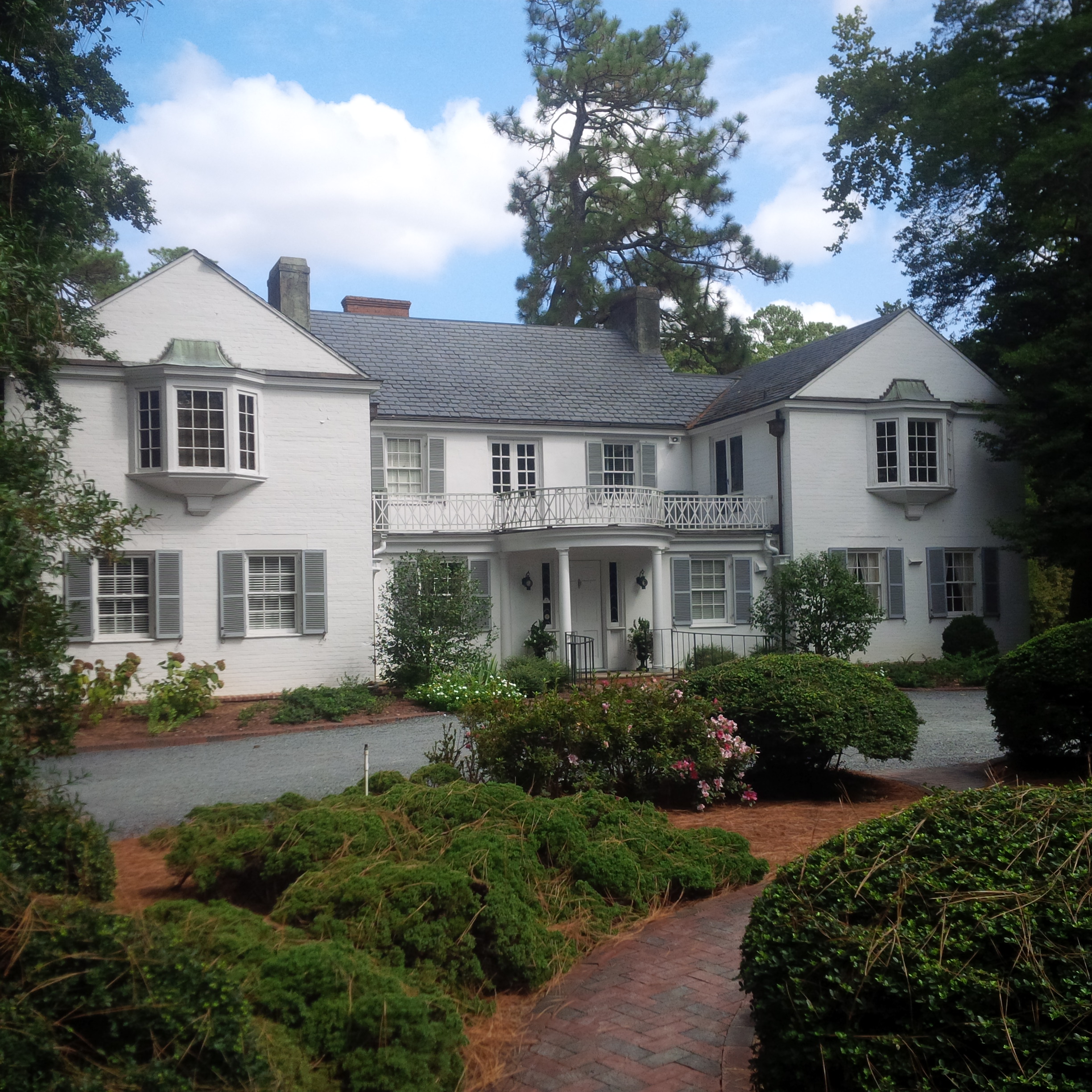 The Weymouth Center for the Arts and Humanities is 40. Hooray!

Well, it's a good deal older than that, but it's been 40 years since the magnificent building re-emerged as The Cultural Center of Moore County – a re-emergence actually launched with a thousand dollar gift from our great playwright Paul Green – as Marsha Warren, of the Paul Green Foundation reminded us during brief remarks during the gala concert that launched this season's concert series.

The featured artist was Frederick Moyer, Green's grandson and a frequent visitor to Weymouth over the years. He's had a distinguished international career, but he's ever-cognizant of his heritage, as his bio at his website demonstrates. That he has never broken into the very top of the circuit is, quite frankly, baffling, for he is beyond doubt a world-class artist with absolutely top-rank technique and total command of his wildly diverse repertory.

On this occasion, the bill of fare ranged from Bach to Ahmad Jamal, with some pretty exhilarating stops along the way. High tech was a feature at this program, too – with a vengeance. Lots of artists are now using iPads and some use closed-circuit video to enhance accessibility but Moyer has done his peers one better. He has an iPad, of course, and also a camera – sourced, someone told us, from a drone! – that looks down on the keyboard and projects what it sees onto a piano-lid-shaped screen taped to the underside of the piano's lid, thus solving the age-old problem of everyone at piano concerts wanting to sit where they can see the player's hands. He also had along a 6- or 7-foot skinny loudspeaker, positioned to his left – and presumably a way to synch it with his playing for some fascinating modern-day MMO (music minus one) renditions of the Rhapsody in Blue and several jazz bits in the second half. (He didn't have one of those visor things – he uses regular eyeglasses – and he had an old-fashioned microphone that he used for his introductory remarks.)

The generous program began with the lovely Siloti arrangement of Bach's Prelude in B minor, S.855a (originally in E minor, composed by JSB for WFB's little piano book in 1720). This always astonishes with its simple beauty and serenity, and it did so again on this occasion as it emerged from the mature Yamaha piano in Weymouth's Great Room.

The first movement of Beethoven's "Waldstein" Sonata (No. 21, in C, Op. 53 – 1804) followed, in a reading that made at least a few of us wish he'd gone on to complete it – what a piece! (There was some discussion about the improvisatory nature of Beethoven's own playing, a lot of which is reflected in the music he wrote down. For a lengthy discussion of this aspect of the master – and much more – please click here.)

This paired remarkably with Schubert's Impromptu in G-flat (D.899/3 – 1827). It's basically a free-flowing serenade, when you think about it, and as played here, it was one of the highlights of the afternoon.

The freedom of expression exemplified by the opening works came full measure in Debussy's Suite pour Piano, a three-part work that echoes Bach with a distinctly Gallic accent. It was "tread we a measure" time for real as the prelude and sarabande unfolded, followed by the brilliant toccata. Bravo!

After a substantial intermission – the place was packed with old friends of the former owners, the Greens, etc. – the program resumed with Gershwin's famous Rhapsody, which put the icing on the improvisatory cake Moyer had been constructing. This MMO rendition featured accompaniment by the Nordiv Philharmonic (Bulgaria), conducted by Nayden Todorov, to which Moyer added the dynamic piano part. There was a little glitch – blame the conductor! – but overall this was a pretty amazing demo of where we might be going as orchestras, in particular, struggle to retain footholds in our cultural lives. (Don’t tell the AFM!)

MMO is very old "technology," sort of like sophisticated karaoke for orchestra, as Moyer said. This author's mother had several 78 rpm sets of piano accompaniments for fiddlers who didn't have access to pianists (and never mind whole orchestras); these came with scores slipped into a record sleeve as part of the deal. Moyer is working hard on new software tech to overcome the obvious deficiencies of MMO sets – altering tempo (without changing pitch), being able to alter the recorded tracks to adjust to the soloist’s tempo, and timing cadenzas to fit the pre-recorded "blank space" left for them on the record/cassette/CD, etc. Stay tuned!

There was more of this to come. Moyer does jazz as proficiently as he does the classics, and he has published a book of transcriptions from which he selected versions of Art Tatum playing "Get Happy" (1946), Oscar Peterson's "At Long Last" (1962), and Ahmad Jamal's "What's New?" This last piece he quite remarkably bridged to the famous R&H song "Surrey with the Fringe on Top," yielding a turbo-charged racing machine with spoilers in place of that silly fringe. In several of these there was more MMO, with bass and drums played by the artist's pals Peter Tillotson and Peter Fraenkel, respectively (biographical details of whom are here). The crowd went – proverbially – nuts.

That piano has a huge sound that frequently seemed too big for the space, but Moyer managed it well, projecting skillfully shaded dynamics. Despite this sensitivity, the soft passages were very soft and the loud passages were, well, very very loud. But this caused no apparent diminution of enthusiasm at any point during the program.

Weymouth is celebrating all year with a splendid lineup of quite stellar artists and ensembles, of which this recital was merely the first. See complete details in CVNC's calendar by searching "Weymouth."