A Great Norseman Returns to the NCS

Rune Bergmann: "Play from your heart." 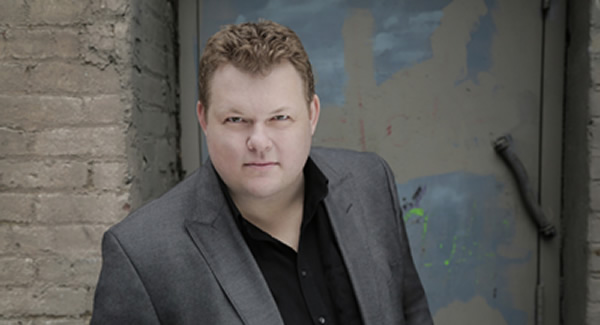 There was so much to admire about the latest concert of the North Carolina Symphony that it's hard to know where to start. Seriously. The orchestra itself is in fine estate. The guest conductor was Rune Bergmann. The 40-ish gent who refers to himself as a Viking is a man of considerable stature who has experience in opera – an historical prerequisite for solid orchestral leadership – and who already holds key roles at orchestras in Canada and Poland with a third one coming up in Switzerland next year – plus running a summer festival in Norway. This current series of three concerts marks his second run in North Carolina. He earned high praise the last time, in January 2018, with four performances of a Beethoven/Mussorgsky program; NCS people with whom we spoke seemed very pleased to have him back. Presumably he's in the running for Grant Llewellyn's job here. He clearly knows his stuff: he can use a baton with skill, realizing that the left hand has duties separate from the right; he can direct with or without a stick, and very expressively either way; and he works at the same level as the players, eschewing a podium (due to his height), so the results seem – perhaps psychologically – all of a piece to a greater extent than typical with others. Despite his size, there's a lot of bounce in his approach to this business. He also seemed to go out of his way to praise the orchestra and the hall in the pre-concert talk he delivered (other stick-wavers, please make note) and in remarks from the stage.

And then there was the guest soloist, violinist Philippe Quint, an American of Russian heritage, who is a veteran of many orchestral and chamber music concerts here.

Oh, and then there was the program itself – an attractive mix of music never before played here, music infrequently played, and music that used to be played a lot but that no longer is.

Things got underway with Barber's lovely Violin Concerto, a relatively soft-spoken mini-masterwork that will surely be viewed as a classic in due course, if there's any justice in the music world. Quint and Bergmann met for a performance of this very piece, so they brought considerably more experience to their reading here than might otherwise have been the case for such a comparative rarity, and it showed in the depth of understanding, the treatment of the score's many reflective beauties, and the unity of their approach. The orchestra responded splendidly at every turn. And if the first two movements made one wonder if Barber had ever heard, say, the Tchaikovsky Violin Concerto, the exuberant finale demonstrated that, yes, you bet, he had.

There followed a little suite of orchestrations of transcriptions of arrangements of music composed by Charlie Chaplin. Really. This was the result of a three-year project of Quint, who (like so many of us) had long admired the Little Tramp's movies but was slow to realize that he'd written music for many of them. Well, sort of – as the really splendid program notes by our colleagues Joe and Elizabeth Kahn explain. Quint has recorded a whole CD of these pieces, from which music he selected the three heard here, in orchestrations by Leon Gurvitch. Departing from the order published in the program, the artists played "Eternally" (from Limelight), "The Kid Fantasy" (Chaplin added music to the silent film in 1972), and "Smile," his most ubiquitous musical work, from Modern Times.

The music is lovely, particularly as packaged here, and the not-insubstantial suite (which lasted about 20 minutes) made a very favorable and well-received impression. To these ears it sounded a bit like Hollywoodized versions of some of Kreisler's lighter, schmaltzier creations – but that's not necessarily a bad thing. There's lots more info here.* (For the record, these pieces were premiered in Mexico in August, by this same violinist.)

It may be worth noting the guest violinist's generosity in playing not just one but two admirable works, thus contributing a good deal more to the evening's success than is often the case with visitors.

After what seemed like a longer-than-usual intermission, this exceptionally generous program concluded with the great Symphony No. 2, in E Minor, Op. 27, by Rachmaninoff, the Russian master's relatively late outburst of overt Romanticism, led from memory by the guest conductor. The music has been mined for pop songs for generations, but there's more to it than a few good tunes, and hearing a complete performance like this one, so magnificently played, and with so many glorious solo bits from so many of the fine artists who make up the NCS, was really special. At the very end, the conductor made a great big broad sweep from the violas around to the violins, levitating ever so slightly as he did so, in a manner reminiscent of Leaping Lennie from Long Ago.

The Symphony is nearly an hour long – the concert lasted till 10:15 p.m. – but only a few people escaped, and those who stayed rewarded the orchestra and Bergmann with a sustained ovation as he, in turn, doled out recognition to every section. Bravo.

So you really, really ought to go hear this program, and there are two more chances – tonight, in Meymandi Hall, and tomorrow, in Lee Auditorium, in Southern Pines. See the sidebar for details and get thee there!

Note: The orchestra's preview of this program and these concerts is here.

*And actually there's video of Chaplin himself, standing on a chair to conduct his own music – sort of a Vitaphone mashup, with silent film synched up with a recording – click here.