Music by Couperin for Our Time and All Time 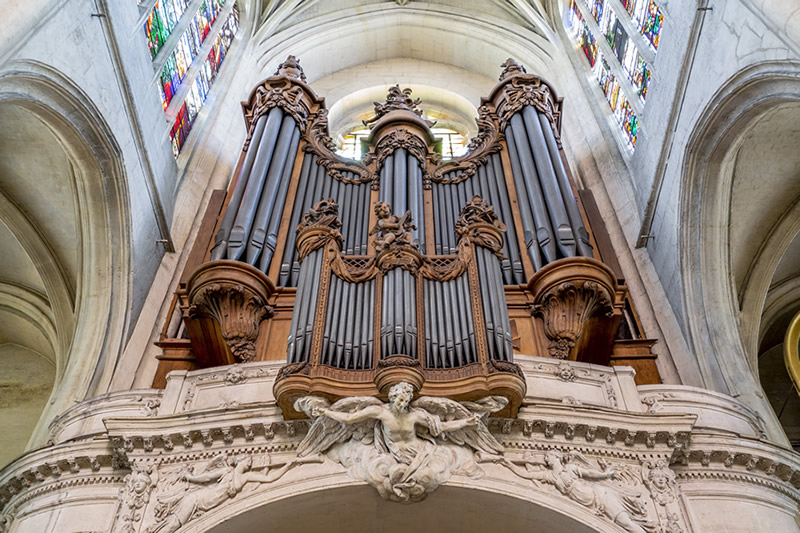 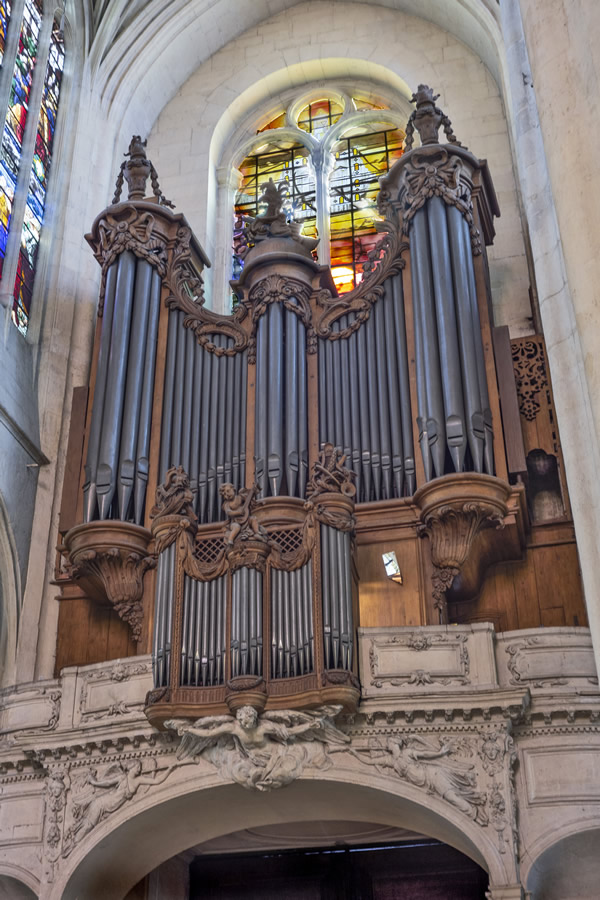 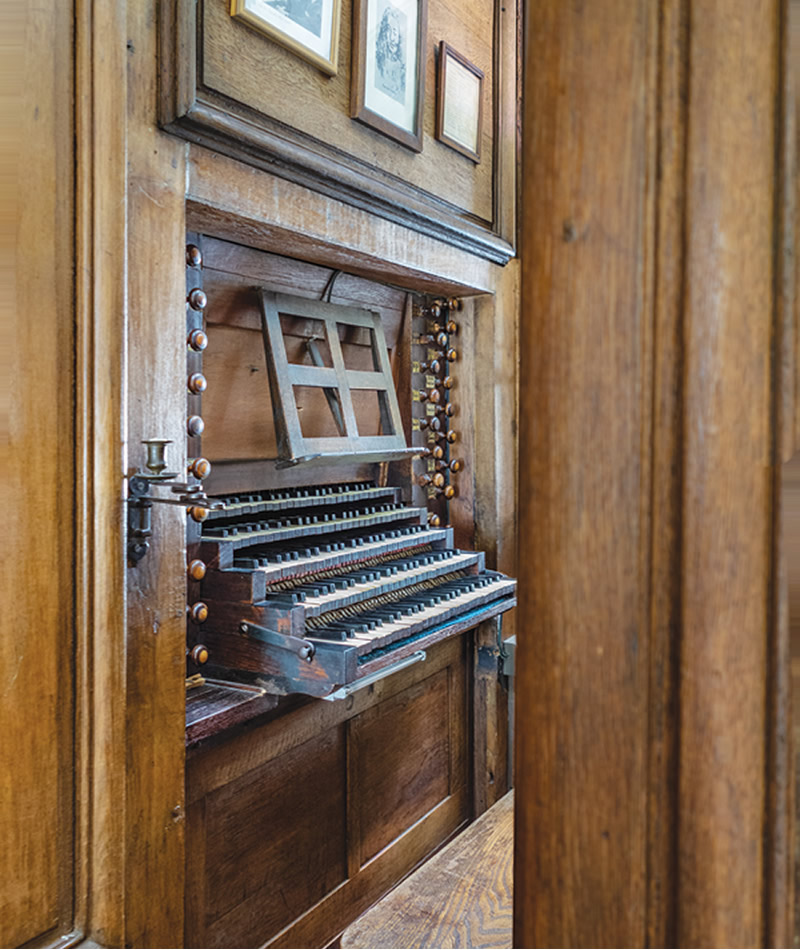 What can this double CD set [priced as one CD] possibly offer to readers of CVNC?

Couperin wrote a large quantity of diverse works, none of which is ever heard (unlike Bach and Vivaldi) in the canned classical elevator music of the eastern NC classical station. Couperin was not a pious country German; his allegiance was definitely political and to the Roman Church and the French king and not necessarily in that order. More like Bach, he was a member of a musical family; some of his preference may have involved a little nepotism. If so, it was well applied, as Couperin was musically brilliant.

The music is not dance music for the town or court, not opera, not sonatas, but short little pieces that were performed in alternatim with spoken parts of the Mass. The shortest pieces are less the a minute; the rare large pieces, with one exception, less than four minutes. Atypical for the time, there are no repeats.

Couperin's uncle had been the titulaire, or designated organist, at the Church of St-Gervais and had apparently begun Couperin's musical instruction. The uncle died when Couperin was eleven years old and a quite distinguished Parisian organist, Michel Richard Delalande, was appointed to serve in Couperin's stead until he could assume the St-Gervais post at age eighteen. Couperin remained titulaire for thirty-seven years. This recording is made on Couperin's own instrument at St-Gervais. The organ is large, forty-one stops, but not out of the ordinary for a church with a 170-foot nave. The earliest parts of the organ date to 1601 and the major part, the part Couperin himself played dates to 1659-85. It has not been too much tampered with since Couperin's time; the CD liner notes describe it as “the only large instrument of the Ancien Regime in Paris that has not undergone fundamental restoration.”

A professional recording project is somewhat like Bismarck and making sausage and laws. So it is no surprise that this performance is spotless. Further, unlike live performances, which are ordinarily my gold standard, we can appreciate music on CD in a different way. We can hear it as many times as we like; we can play it while cooking or sewing or exercising; we can pay as much or as little attention as we please. And although the performance is canned, embalmed in amber, much of the individual nature of the performer can still be detected. I have already listened to this performance four times, once with score in hand after a refresher reading of Fenner Douglass. The Language of the French Classical Organ. Douglass observes, in explaining the complicated nature of the French organ, that if Bach had named his pieces “Full Organ” or “Krumhorn Solo,” we would be spared some of the worst registrations by novices. He continues by pointing out that the titles of most French organ pieces are nothing more or less than instructions for their registration. The French organ is arranged is a very intentional specific way to allow the performance of these pieces. The organ of St.-Gervais in Paris is the quintessential classical French organ. There is a very helpful stop-list for the organ, along with some fine photos, in the booklet accompanying the CD. It is a most excellent booklet of 12 pages; other CD publishers should look to this as the way. The full booklet is also available on-line at the link at the beginning.

The performer, Aude Heurtematte, is the present titulaire at St-Gervais. (Her biographical information is part of the liner notes linked at the beginning.) A careful listen following the scores reveals that Heurtematte is scrupulous in incorporating the mystery of notes inégales into her playing. Imagine if you can, ballet choreography portraying a dancer falling down stairs, for a little insight into how this is not just strict dotted rhythm. This gives French music a delicious, sprightly joy, an incredible je ne sais quoi.

Couperin had no hesitation in writing out his ornamentation; Heurtematte follows him carefully but not slavishly. Among other things she adds lots of embellishments of final chords, particularly those with a Picardy cadence. Because there are no specific repeats, there is not the embellishment of the repeat that would be otherwise expected, but within the pieces, recurring themes do get some embellishment.

Heurtematte is completely at home on this organ and with this music. As registration is implicit in the titles of the pieces, e.g. “Fugue sur les jeux d'anches” (fugue on the reeds), “Dialogue sur les Grands jeux” (dialog on the Big stops), “Dialogue sur la Voix humaine” (dialog on the Human voice stop), so Heurtematte gets it just right. These Trompettes are fiery, the Voix humaine is goat-like (it is the custom), the Chromorne is plaintive, and the plein jeux (the plain stops) are incredibly majestic.

While specifically named as church music, there is nothing about this music that prevents it from being enjoyed on your sound system at home under most any circumstances. It is Baroque music but completely fun. It is all in the most central of the keys (for Meantone organs would not allow anything else), but there is still plenty of unusual chromatics and complicated harmony to keep it from ever being dull. Heurtematte walks a perfect line between plain and intrusively eccentric playing and the organ and the acoustics are every thing desirable.

Note: The classic book on this composer is by Philippe Beaussant and Reinhard G Pauly, translated into English by Alexandra Land and reviewed years ago for Spectator by the author of this review.