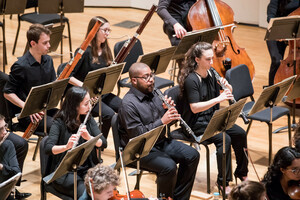 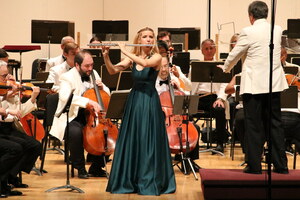 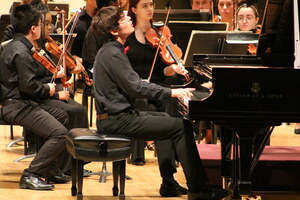 Eastern Music Festival (EMF), Greensboro’s nationally recognized classical music festival and summer educational program, announces the release of the 2022 season. Complete program details for the festival that runs June 25 – July 30 are NOW available at easternmusicfestival.org/calendar. Season tickets are on sale now and individual tickets will go on sale Friday, May 20, 2022.

“After persevering and making music happen the last two seasons at a limited capacity, we are overjoyed to introduce this summer with full student enrollment, programming, and in-person audience numbers,” said Music Director, Gerard Schwarz. “As the lights dim and the sounds of familiar classics and new works begin, we are delighted to fill Dana Auditorium and our other venues once more as we share this beautiful festival with you for the 61st time.”

The 2022 season will include 60+ performances by ensembles of varying shapes and sizes at EMF’s home location in Guilford College’s Dana Auditorium, as well as other locations in Greensboro, and one performance in Boone, North Carolina at Appalachian State University. The highlights this summer include:

Friday, July 1: “Orchestral Celebration,” a “Pay What you Can” evening featuring the Eastern Festival Orchestra and both EMF Young Artist Orchestras showcasing music by Beethoven and Brahms

Student chamber recitals and piano recitals throughout the season

Stay tuned for more announcements regarding the 2022 season, including an exciting new downtown Greensboro concert location for EMF, and fun events leading up to the festival. For more information on each individual performance, please visit easternmusicfestival.org/calendar.

For six decades, Eastern Music Festival (EMF), a nationally recognized classical music festival and summer educational program, is produced each summer on the campus of Guilford College and other venues in the Greensboro, North Carolina, area. EMF is distinguished by its accomplished faculty, exhilarating repertoire, and world-renowned visiting artists under the artistic direction of Gerard Schwarz. A powerful teaching institution, EMF provides encouragement and guidance to hundreds of young musicians from across the country and around the globe as they take their first steps towards careers in the performing arts. EMF’s five-week 61st season is June 25 – July 30, 2022. For more information, visit easternmusicfestival.org. Follow EMF on Facebook, Instagram, Twitter, and YouTube.