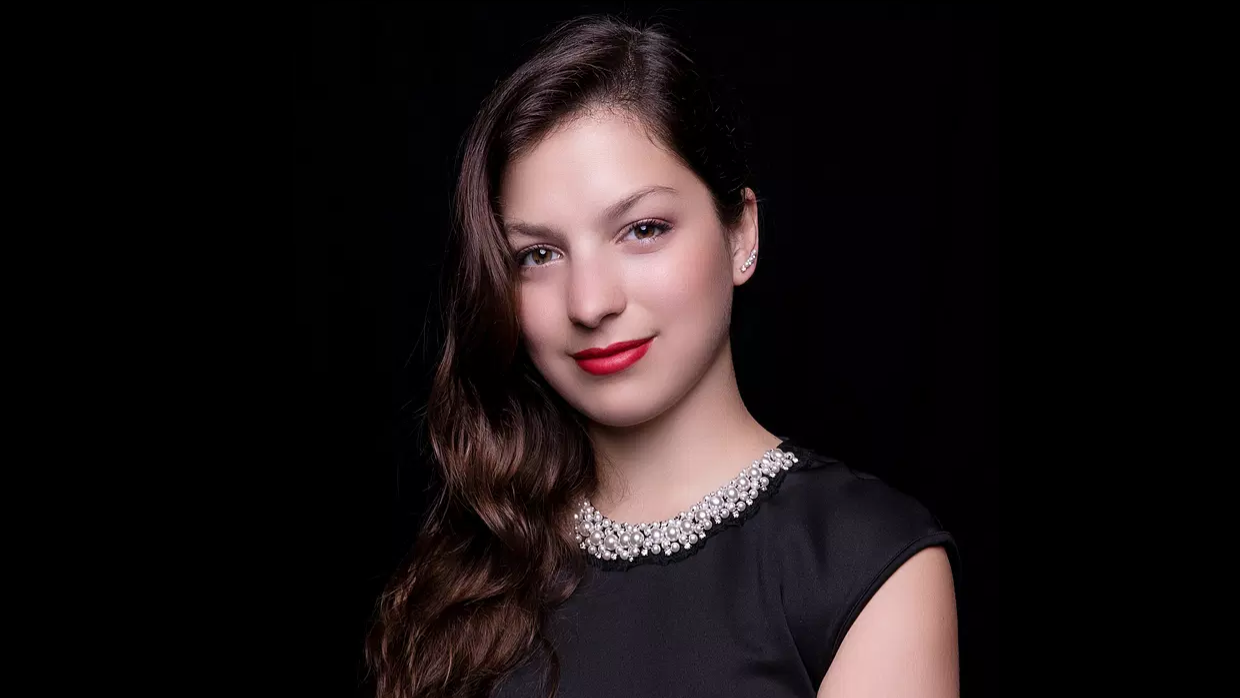 This article has been provided by the North Carolina Symphony.

Michelle Di Russo has been promoted to the role of Associate Conductor of the North Carolina Symphony (NCS) as of July 1 for a term of two years. Di Russo joined the Symphony in 2021 as Assistant Conductor and during her tenure has conducted Young People’s Concerts, bilingual educational performances, Statewide Holiday Pops, and UNC Health Summerfest concerts. She has hosted many of the Symphony’s “Behind the Music” concert preview videos. In the past year, Di Russo has conducted works by Amy Beach, Anthony Kelley, Jessie Montgomery, and Carlos Simon, among others. She champions new music that “reflects the times we live in.”

Sandi Macdonald, President and CEO of NCS, said, “Michelle Di Russo’s artistic presence and accessible, communicative style is a perfect fit for NCS. As a cultural leader, she well represents the Symphony’s core values of service, education, and excellence. Her work with youth and community audiences across the state has been outstanding, and we look forward to seeing it continue to flourish. In this new role, Michelle joins Music Director Designate Carlos Miguel Prieto as we look toward deepening our service statewide.”

A graceful and powerful force on the podium, Di Russo is known for her compelling interpretations, passionate musicality, and championing of contemporary music. She is an advocate for underrepresented artists and in 2020 co-founded the organization Girls Who Conduct to support younger generations of women and non-binary conductors in overcoming obstacles they face due to their gender.

Di Russo’s artistic journey began in her native country, Argentina, at the age of three with ballet lessons, followed by studies in voice and piano. She has acted on television and onstage. Di Russo holds multiple degrees in Orchestral Conducting from Pontifical Catholic University of Argentina, University of Kentucky (M.M.), and Arizona State University (D.M.A.). She is a Freeman Conducting Fellow in Chicago Sinfonietta’s prestigious Project Inclusion program and a recipient of the Concert Artists Guild’s Richard S. Weinert Award. Previously, Di Russo served as Interim Director of Orchestras at Cornell University, Assistant Conductor for the Phoenix Youth Symphony Orchestra, cover conductor and assistant for The Phoenix Symphony and Arizona Musicfest, and as a conducting fellow at the Cortona Sessions for New Music in Italy. She has also acted as cover conductor for the Minnesota Orchestra, St. Louis Symphony Orchestra, San Diego Symphony, and the National Symphony Orchestra. This summer, she is the Joel Revzen Conducting Fellow at Festival Napa Valley.

In the 2022/23 season, Di Russo will continue to lead North Carolina Symphony’s Education and Pops Concerts in Raleigh and throughout the state.

“It has been an honor to work with incredible North Carolina Symphony musicians and to connect with so many unique communities across our state this past year. I am truly excited to continue my partnership with NCS and to be given this recognition in my career as I step into the role of Associate Conductor. I am honored to carry the responsibility of building stronger bonds with the people of North Carolina.” - Michelle Di Russo, Associate Conductor

Founded in 1932, the North Carolina Symphony (NCS) is a vital and honored component of North Carolina’s cultural life. Each year, more than 300 concerts, education programs, and community engagement offerings reach adults and schoolchildren in all 100 North Carolina counties - in communities large and small, and in concert halls, auditoriums, gymnasiums, restaurants, clubs, and outdoor settings. The NCS is proud to expand access to audiences around the globe through concerts and educational offerings available through the digital space.

NCS’s state headquarters venue is the spectacular Meymandi Concert Hall at the Duke Energy Center for the Performing Arts in downtown Raleigh. The Symphony’s service across the state includes series in Chapel Hill, Wilmington, New Bern, Southern Pines, and Fayetteville, as well as the Summerfest series at its summer home, the outdoor Koka Booth Amphitheatre in Cary. NCS brings some of the world’s greatest talents to North Carolina and embraces home-state artists from classical musicians to bluegrass bands, creating live music experiences distinctive to North Carolina. NCS is dedicated to giving voice to new art and has presented more than 50 U.S. or world premieres in its history.

Committed to engaging students of all ages across North Carolina, NCS leads one of the most extensive education programs of any symphony orchestra in the country - serving over 100,000 students each year. In alignment with the curriculum set by the North Carolina Department of Public Instruction, the Symphony provides training and resources for teachers, sends small ensembles into classrooms, and presents full-orchestra in-person and online Education Concerts that bring the fundamentals of music to life. Music Discovery for preschoolers combines music with storytelling, and at the middle and high school levels, students have opportunities to work directly with NCS artists and perform for NCS audiences.