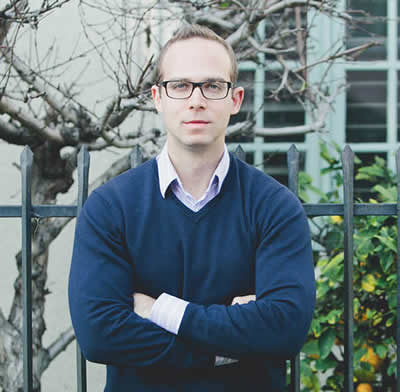 Scintillating music, fine singing and an outstanding orchestral accompaniment more than compensated for a plot short on action in the current production of Florencia en el Amazonas (Florence in the Amazon), composed in 1995 by the late Mexican-born American composer Daniel Catán. Produced and performed by the Fletcher Opera Institute of the University of North Carolina's School of the Arts and directed by the recently appointed artistic director of the Fletcher Opera Institute, Nic Muni, the style and shape of the plot derives much from Gabriel García Márquez's style of narration called "Magic Realism," and specifically his 1985 novel, Love in the Time of Cholera, with perhaps a nautical bone tossed to Richard Wagner's Flying Dutchman.

The printed brief synopsis of the plot left me perplexed especially since the majority of the supertitles were obliterated by lighting fixtures above the stage, leaving many spectators in the balcony clueless. I moved downstairs for the second half. (A more complete synopsis may be found here.)

After many years abroad, world-famous diva, Florencia, sung by soprano Jenny Schuler, returns to perform in her home town, the large inland port city of Manaus. She also hopes to find her long lost love, Cristóbal (silent actor, Eric Powell) a butterfly hunter who has not been seen for ages. She sings introspectively of the hollowness of her life on the stage of la Scala. Schuler was magnificent in the title role, her warm rich voice full of the solitude and longing of the diva. A few times one might have wished for a narrower, more focused vibrato, but the beauty of her voice was impressive, even singing in contorted postures. Her protagonist, a strange creature named Riolobo (literally "River Wolf") was sung by the all-too-human creature gifted with magical properties, Andrew René. Sometime a narrator, sometimes an activist, Riolobo is the catalyst of the plot. Bass-baritone René has a pleasing richness of tone and excellent diction.

Two couples showed sides of love other than the Lost Love of Florencia (so similar to the lost love of Florimondo in Márquez's novel): Old Love was personified by the couple of Paula (Kathleen Felty and Álvaro (Cameron Jackson), an ideally matched mezzo-soprano and baritone, both singing lovely lush tones with excellent intonation. New Love was brought to our attention by the quirky and intellectual Rosalba (literally "Rosy Dawn," the same name as Florimondo's first lover in the Márquez novel), beautifully sung by coloratura soprano Zoë Johnson and her shy friend, Arcadio, the boat captain's nephew, sung by tenor Jacob Wright. He sang an impassioned aria extolling the virtues of the air pilot "who flies into the crashing lightning," while he foresees himself as a lowly boat pilot, going back and forth. His uncle, el Capitán, sung by bass-baritone Karl Buttermann, spends much of his time at the helm on the stainless steel bridge which could have been inspired by the drawings of M.C. Escher. His role is largely philosophical, but he adds moments of humor.

The opening chorus, impersonating a cheering audience at La Scala was powerful, and the wild storm in the first act was enhanced by the dramatic intervention of the chorus from the balcony of the Stevens Center – pity they made so much foot-noise getting there!

The ambiguity of action and unclear ending of the love story leave much to the discretion and creativity of the director, whose addition of half a dozen heroines from famous operas, Florencia's alter-egos in magnificent costumes (designed by Amy MacDonald), add a layer of intrigue, even if their presence is not instrumental to the plot. Exciting lighting by student lighting designer, Joseph Naftal, and steamy projections of the wild banks of the Amazon while the boat chugs upstream (Patrick Angle), did much to situate and enliven the drama. (Never mind that the Amazon River is several miles wide and navigable from the Atlantic to Manaus by large ocean-going steamships.)

But the great revelation of the evening is that of the composer, Catán. He is a master of the orchestra, sounding at times a bit like Maurice Ravel (Daphnis et Chloé). Another moment reminiscent of Igor Stravinsky (Petrushka), and an opening chorus that Carl Orff could envy were woven effectively into the musical fabric. Guest conductor Christopher Allen knew this score inside out and led the student orchestra with precision and authority. I, for one, would love to see what he does with a full orchestra on stage!